At last here we are. Here is Ben's birthday party with my family (Cla's family party has yet to happen since I got sick). 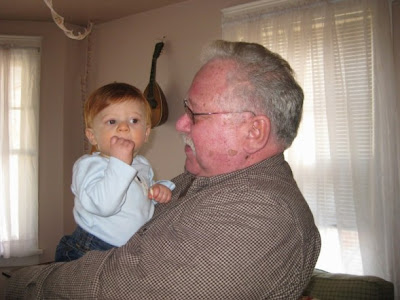 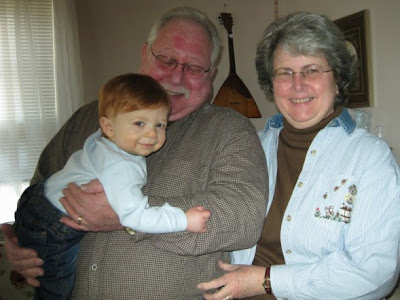 Ben with Grandpa Bob and Grandma Judi. Look at his little skamp face! You can just see the whipper snapper in him! 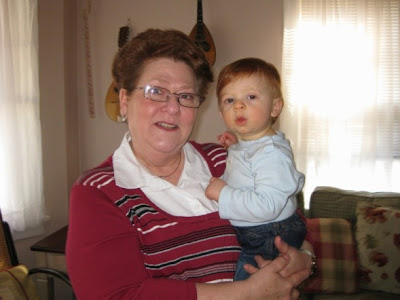 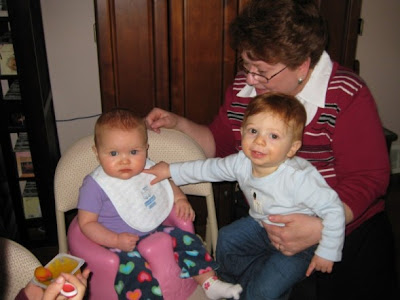 Ben getting to know his little cousin Kyleigh. 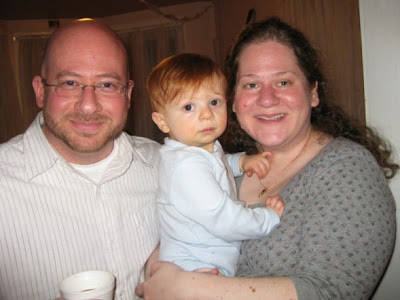 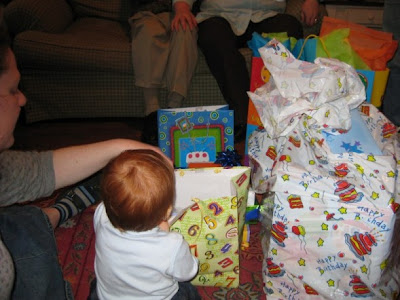 Ben got a lot of wonderful presents. Generally Ben looks putting things in boxes and bags and doesn't so much get the taking things out so I really did most of the present opening :) 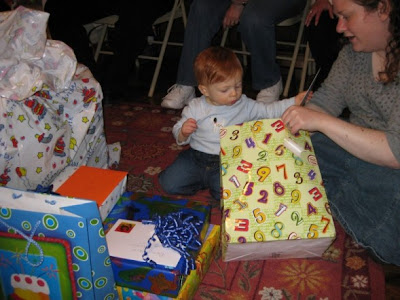 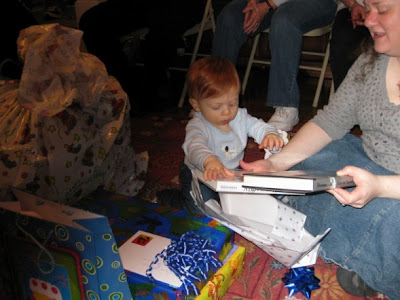 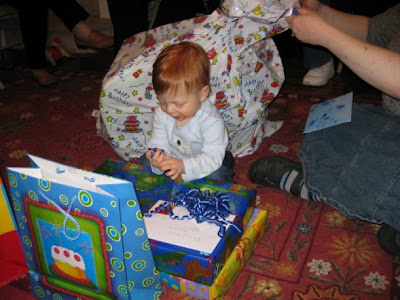 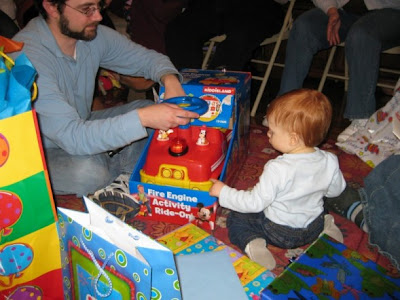 And then we opened the fire engine and basically all other gifts disappeared in Ben's eyes! A month later and several batteries and it is still a favorite for Ben...although he still doesn't get the idea of sitting on it and riding it. He just pushes it around and presses all the buttons. 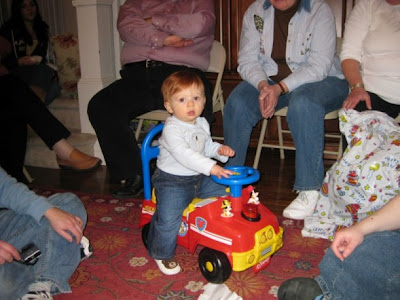 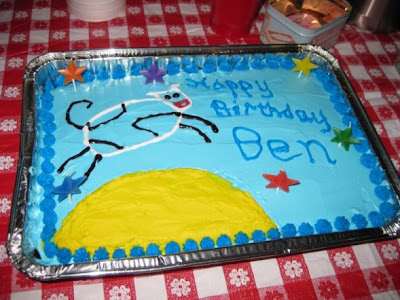 The Cow Jumped Over the Moon cake! :) Lots of yummy blue frosting! 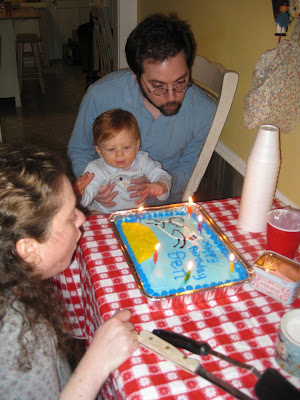 Mommy and Daddy helping Ben blow out his candles. 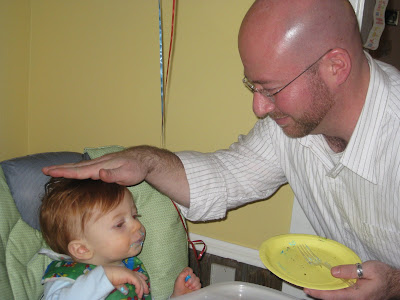 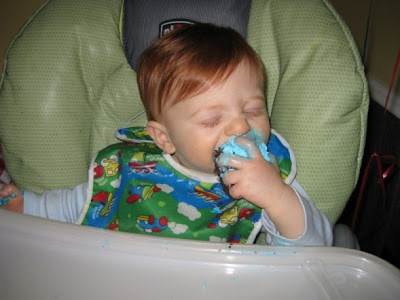 And the blue feast begins!! 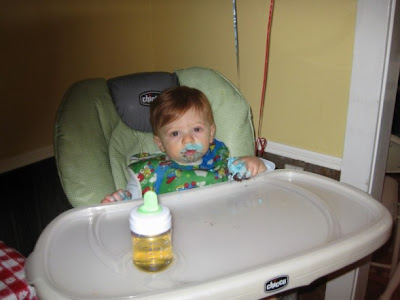 And our sleepy, well frosted Birthday boy. :)
Posted by Jamie Carin and Claudio Romano at 8:52 PM

My 4 year old son got that same fire engine truck for his second birthday and he still likes it even when we take the batteries out of it. Looks like he had fun on his birthday.