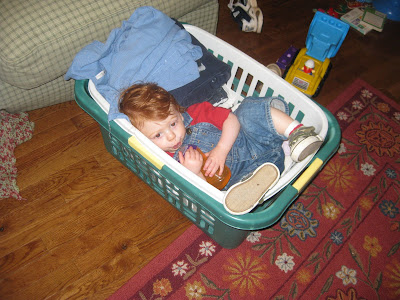 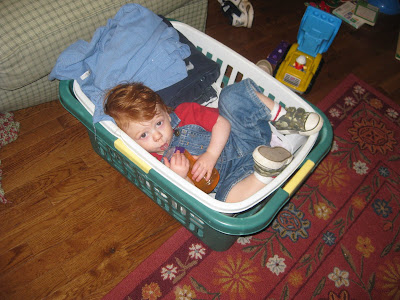 Here is little Ben taking a rest after a busy day of errands and play. Ben has finally dropped his second nap, but he is not sleeping longer during his one nap. Usually only about an hour and a half...occassionally two hours. Which makes for a sleepy boy come late afternoon.
At Ben's recent well check-up we found out he finally hit the 20lb mark (he is 20lbs8oz to be exact) and my little shortie grew a whole inch and a half and is now 30in. That puts him at about 14% for height (up from 10% at his 1yr. check) and still at about 4% for weight.
He still eats like a champ, but will eat basically no veggies. We have tried everything from raw to canned and he wants no part of it. So now he is taking some vitamins to make sure he is getting what he needs.
Other than that his check-up revealed what we already knew....that he is wonderful and healthy!
Posted by Jamie Carin and Claudio Romano at 8:03 AM

my friend hides the vegetables in handmade meatballs and pancakes---very very yummy! let me know if you want the recipes!

He sounds wonderful and healthy. So cute!