A few weeks ago our neighbor stopped over to let us know that there was a momma kitty who moved her four kittens under our shed. Animal Control was able to catch the momma, but would be back to try and get the kittens. 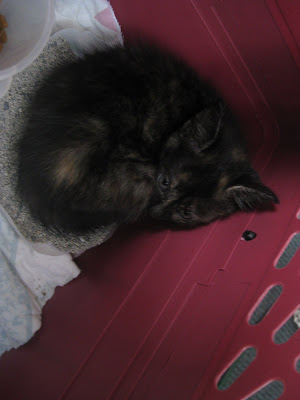 For days and days we would spot the kittens playing around our shed, but when anyone walked over they would hide under the shed. 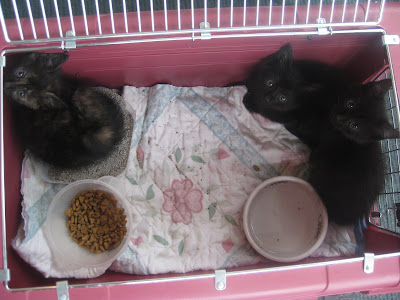 The Animal Control guy seemed unable to catch them. So we took matters into our own hands. 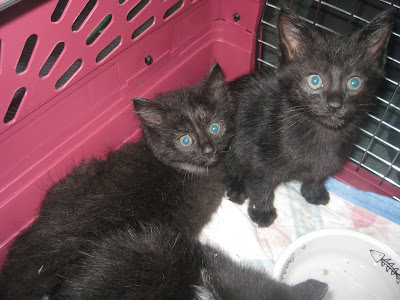 Claudio managed to snag three of them which we named them: Dot, Spot, and Speckle. Dot and Spot had white fur just at the very tip of their tail and Speckle was the only one that wasn't totally black...he was speckley. 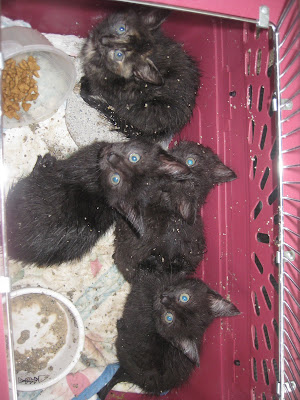 The next morning we were able to grab the fourth kitten. He was by far the cutest (with long hair!) and we named it Lucy (because it was eLUSive). The animal control guy picked them up to bring to the shelter. We hope they have been adopted!
Posted by Jamie Carin and Claudio Romano at 8:50 PM