Anna loves to sit at the piano and play the songs but if Ben is around he can't bear to let anyone touch the toys that were once his alone. In fact he even has trouble sharing the toys that are actually Anna's LOL.....such is life with a 2 year old. Luckily the 7M old doesn't care...she is just happy to get attention from Ben even if it is bad attention.

So Ben plopped himself down right next to Anna on the boppy so he could dominate the piano and when he got tired of that he grabbed a book to read, but when she tried to touch it he kept jabbing her with his elbow....which only encouraged her. I find it hysterical that they are already bickering in their baby way!

In the video Ben had skootched far enough away from her so that she couldn't touch his book but you can see her bopping around trying to figure out how to get to him. And if you turn up the volume you can hear him say, "boogy?" as he touches his nose LOL. LOVE these two critters! 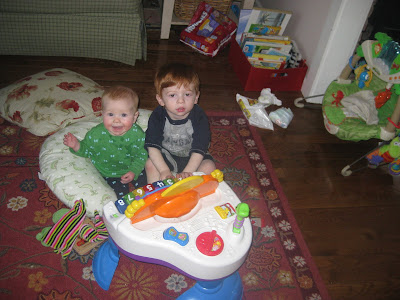 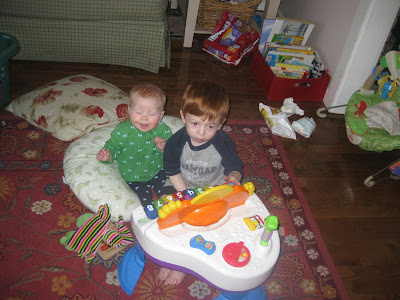 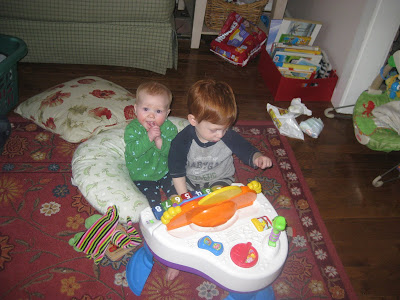 Posted by Jamie Carin and Claudio Romano at 9:07 PM