And when I say big boy bed I mean we removed one side of Ben's crib :)

Claudio has been pushing for this for a while in the hopes that our "wakes at the crack of dawn" little darling would get up and occupy himself instead of crying for someone to get him out of the crib.. 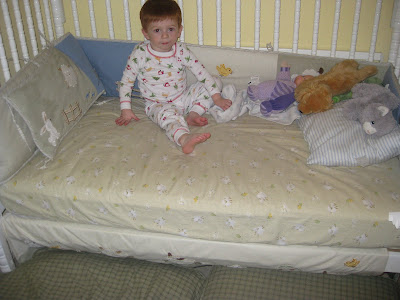 So far that scenario has worked maybe twice. Instead several times he has woken even earlier than usual stood in the hallway outside of Anna's room and cried to go down stairs and watch Thomas.....so not only was Claudio up...but everyone was up..including Anna!

After naps instead of crying he will often grab a few books and "read" in bed for a while before he gets himself up and comes downstairs. I must say that is really nice. And things are getting better at night/morning. We had very minimal problems with him getting out of bed when he should be going to sleep. 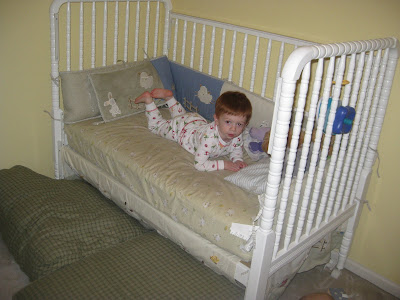 And because this was such a last minute decision we had no rail for his bed. So we smartly decided to take couch cushions and put them under the bed so it would be a very soft fall if he did fall. Falling out of bed has also not been an issue.
I still remember setting up this crib months and months before Ben was born and several times a day I would go into the room just took look in the crib and imagine my baby sleeping there. That was over two years ago and now he is growing up and is a little boy not a baby *sigh* :( 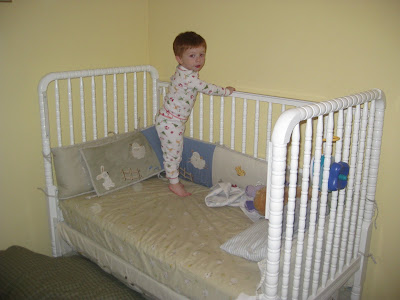 Posted by Jamie Carin and Claudio Romano at 8:32 PM