Feeding Tubes And How To Entertain a Well Child in a Hospital Room..

Well, we thought we had managed to put off the feeding tube for a little longer, but on the 17th Anna had her feeding evaluation with the Feed/Swallow team at CHOP. She has been recommended for a 4 week intensive feeding therapy program. The only sticking point was that she didn't weigh enough to qualify for the therapy. Seems crazy right? There reasons being that the kids tend to lose weight at the beginning just as a part of how the therapy works so they need the children to be at a certain baseline to begin.

So their feeling was admit her immediately to have a feeding tube placed so the sooner she gains the sooner she can start therapy. We agreed to it because at this point it looked like the tube was inevitable and we might as well squeeze in another admittance before our deductible renews.

Of course she ate great while at the hospital. Here she is her last dinner before they put the tube in. 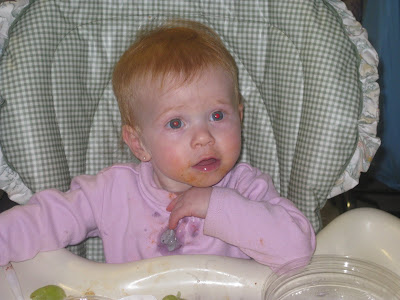 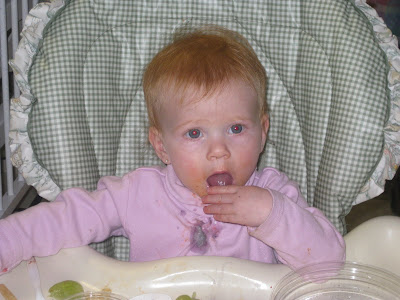 And here she is the next morning, with tube, eating breakfast. 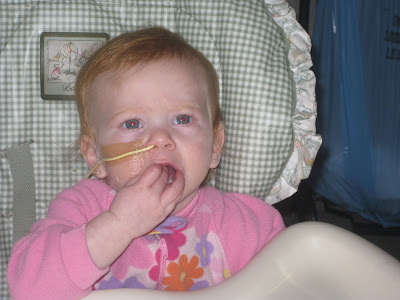 She did great the first night. They start her pump at a fairly low rate and then would raise it every three hours. She tolerated the feeding great. No throwing up or issues. She ate a great breakfast the next morning and in general had a great day.
The last time we were at CHOP she was recovering from surgery and so keeping her fairly amused was easy as she wanted to rest a lot. But being in the hospital just to have a tube put in your nose is a whole other story. She was still full of energy and was climbing the walls.
We wandered the halls, visited our favorite nurses from the surgical floor, visited the various fish tanks around, and then we were left to sitting in the suitcase.... 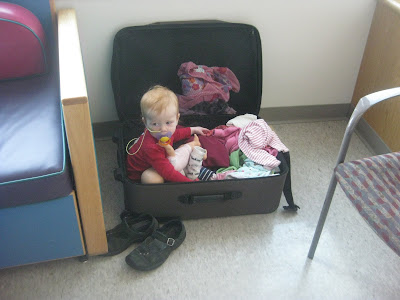 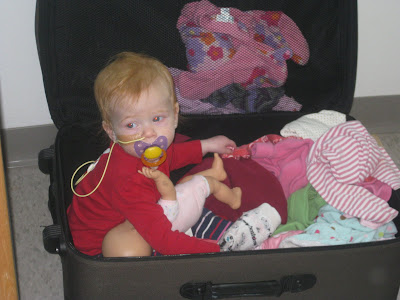 Climbing the folded stroller and checking out the plumbing... 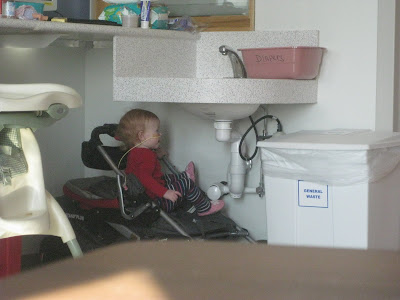 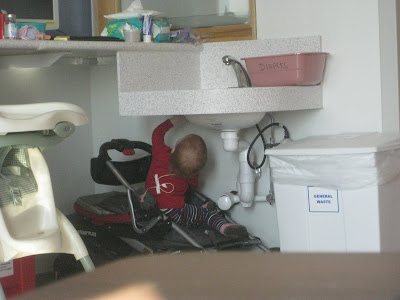 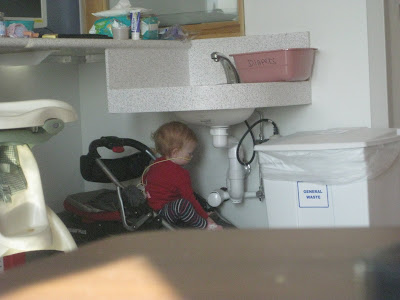 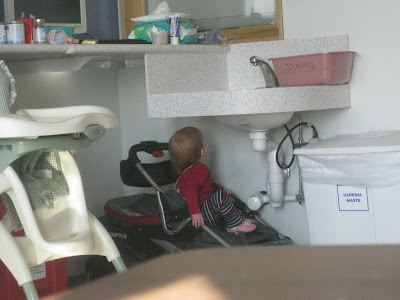 Climbing in carts...(which btw I thought was fine, but the nurse told her she couldn't do that LOL Oops) 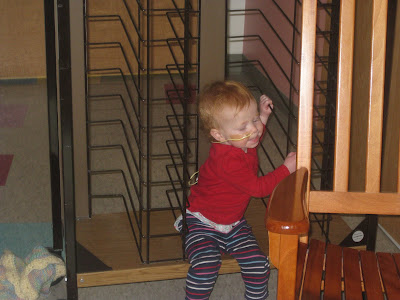 That first day Claudio and I also received training to learn to put the NG tube in ourselves as we will have to change it at least once a month. And before each feed we need to draw fluid from her stomach to test Ph and to flush the line. We also learned how to set up her pump/feedings.
Here is what we practiced on. 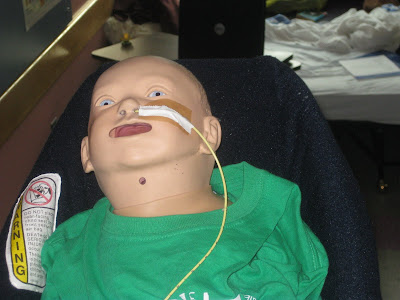 I was shocked that the nurse hadn't named him! 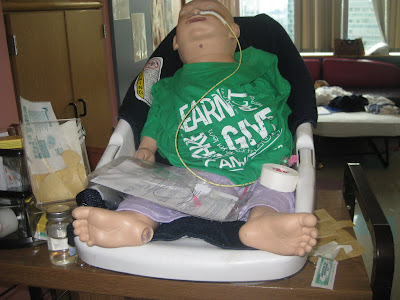 Ooops there she goes again.. 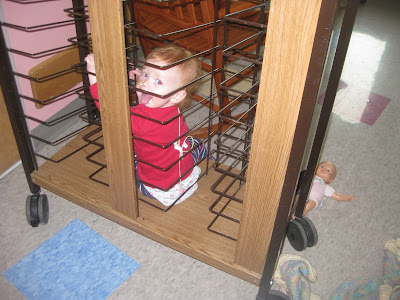 Because the anatomy of the dummy is a bit limited the nurse told us that it wasn't actually too realistic of what it would be like to put the tube in Anna. So Cla being the brave, selfless guy he is volunteered to let me practice once on him!!! So here they are....both with their tubes in!!! 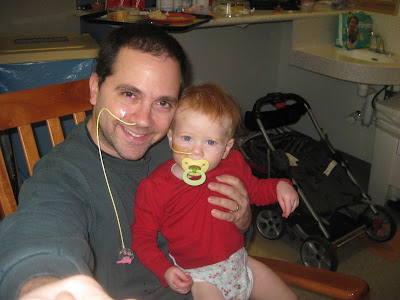 Unfortunately our stay at CHOP went downhill from here. Anna and I both woke the next morning suffering from a stomach bug. She puked up her entire feed from overnight (she was just a half hour short of finishing the feeding) and I wound up throwing up several times. My mom wound up having to come and get me and take me home with her. Cla rushed over to take care of Anna. Then Cla wound up getting sick too (And grandma, and aunt Silvia, and Nonno, and Gianluca, and lastly Benjamin on Christmas Eve). Anna never tolerated another feed in the hospital. I am not even sure why things went the way they did and why they didn't give her tummy time to get better. After a few terrible nights of puking for Anna I put my foot down and told them we were going home for Christmas.. To make a long story short we put Pedialyte ONLY in her pump for a few nights and she did fine (although that included one night where the pump was malfunctioning and some guy from Delaware drove to our house Christmas morning to deliver a new pump!). Tonight will be her first night with formula in her pump again (a mix of pedialyte and formula). As long as she weans back onto the formula with no problem we will keep ourselves out of CHOP for a while. If she continues to be unable to tolerate feeds we will have to be admitted again. So prayers please for successful feeds!
Posted by Jamie Carin and Claudio Romano at 7:20 PM

You're going through so much! You are one strong mama.