I am SOOO behind in blogging, but a few weekends ago I was out in the morning and came home to find Claudio had set up a tent in our yard.  And he and the kids quickly made plans to sleep there that night despite the forecast of rain. 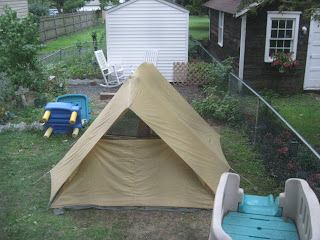 I was doubtful about Anna sleeping in the tent.  She is a good sleeper as long as she is in her crib...otherwise she just thinks it is a game.  My kids were not born with the genes to make them capable of co-sleeping LOL.

So they gathered their lovies and waited for daddy. 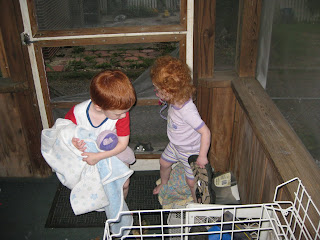 Claudio, the much more tolerant and patient parent, thought Anna would be no big deal. 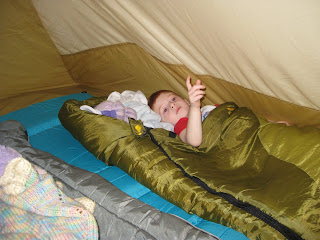 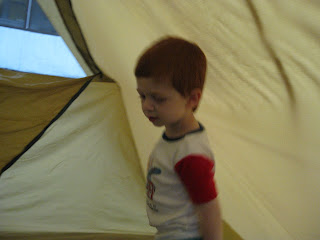 Anna played along at first, but 8pm came and went and Ben fell asleep....9pm came and went and Anna was still awake and playing.  Claudio reported that she kept yelling, "GRAMPY!!!"  no idea why LOL...so at 9 even he had met his limit and brought her inside and promptly deposited her in her crib for the night (where she quickly and quietly fell to sleep) 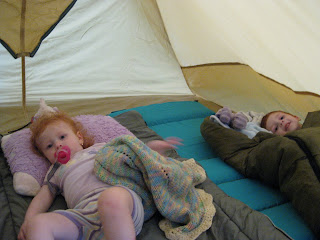 Ben made it through the night with no problem and had a great time.
Posted by Jamie Carin and Claudio Romano at 10:31 AM

That is awesome!! I love camping! Great idea. Have to try it on Maureen soon....