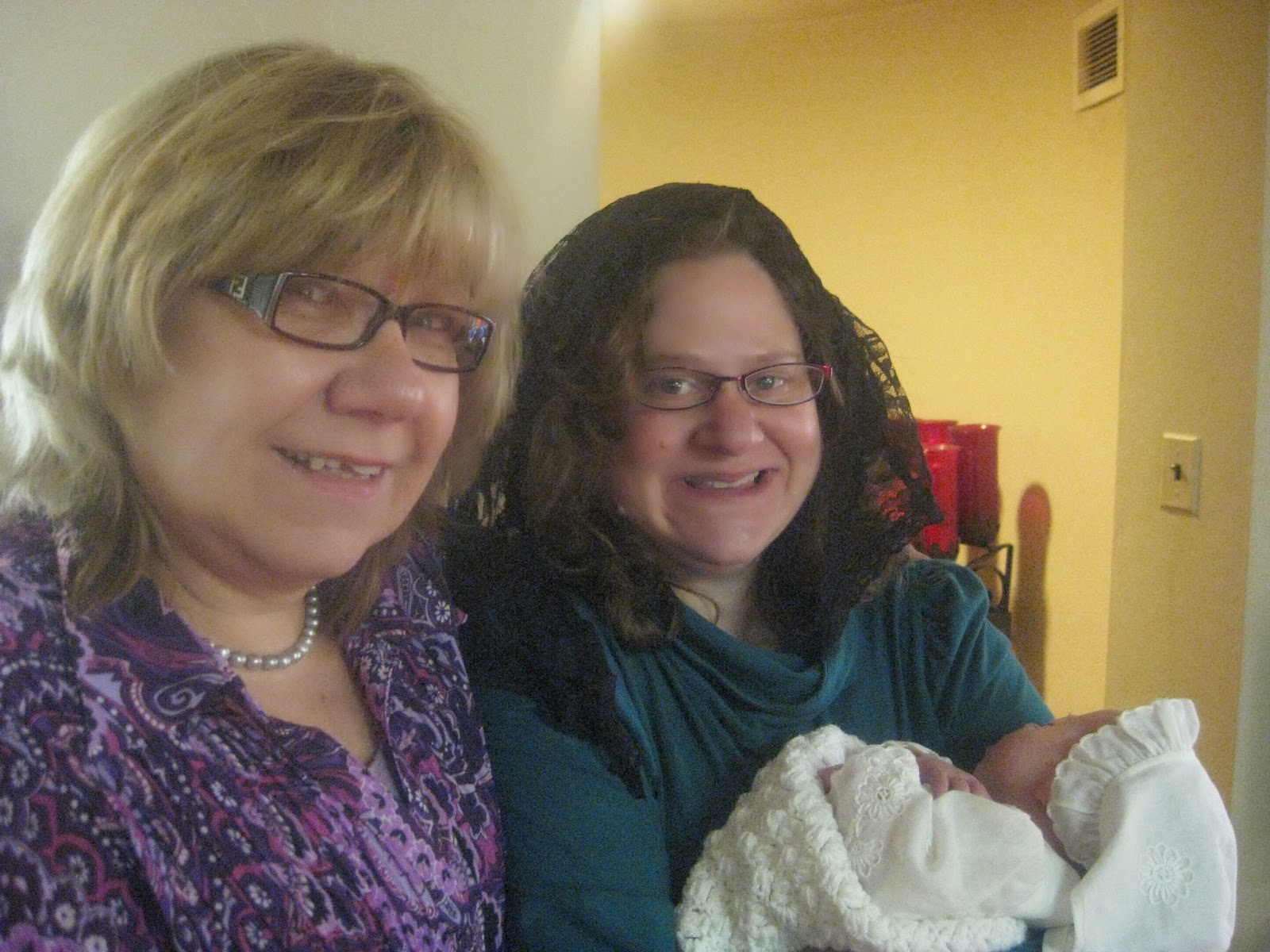 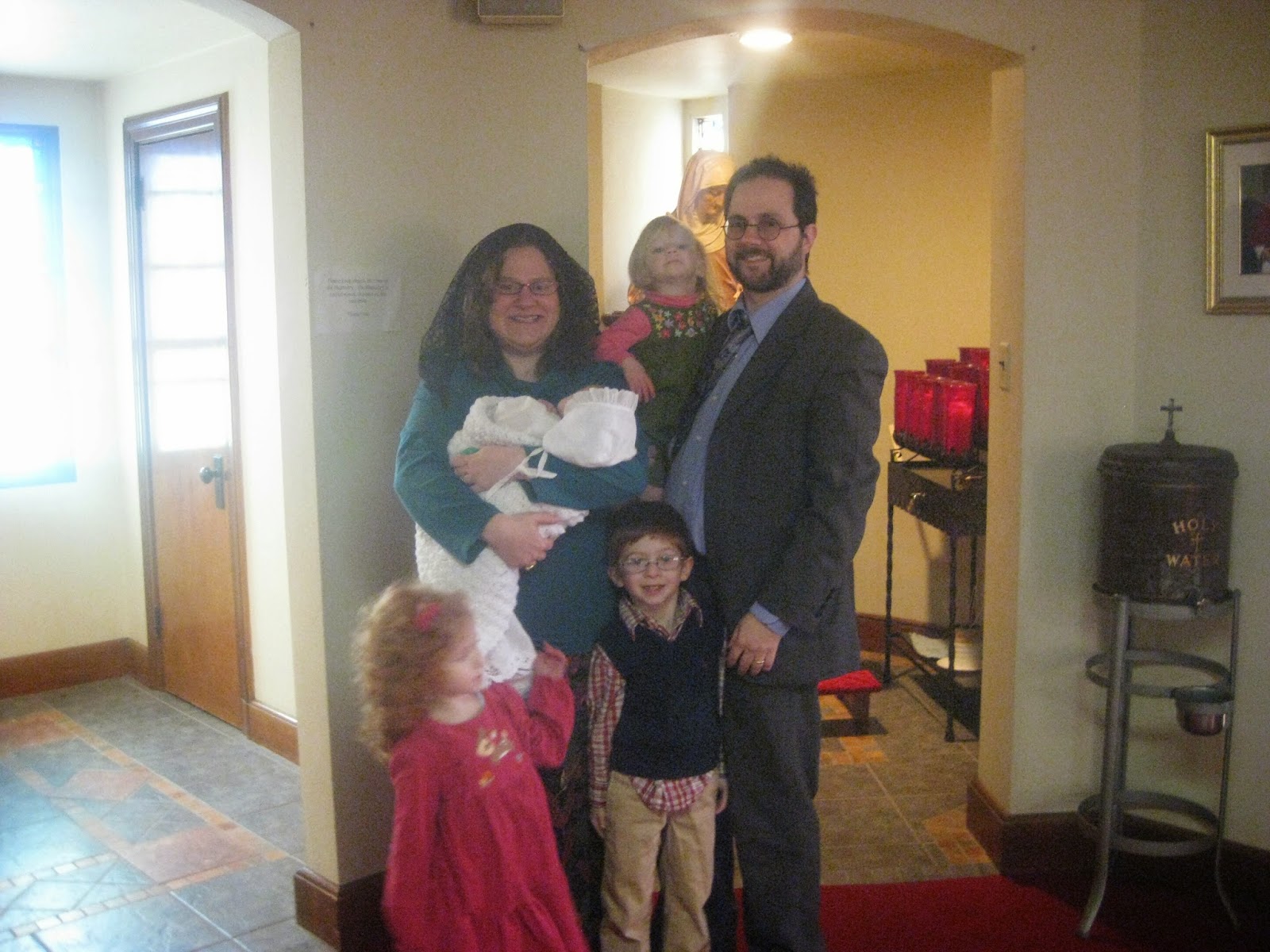 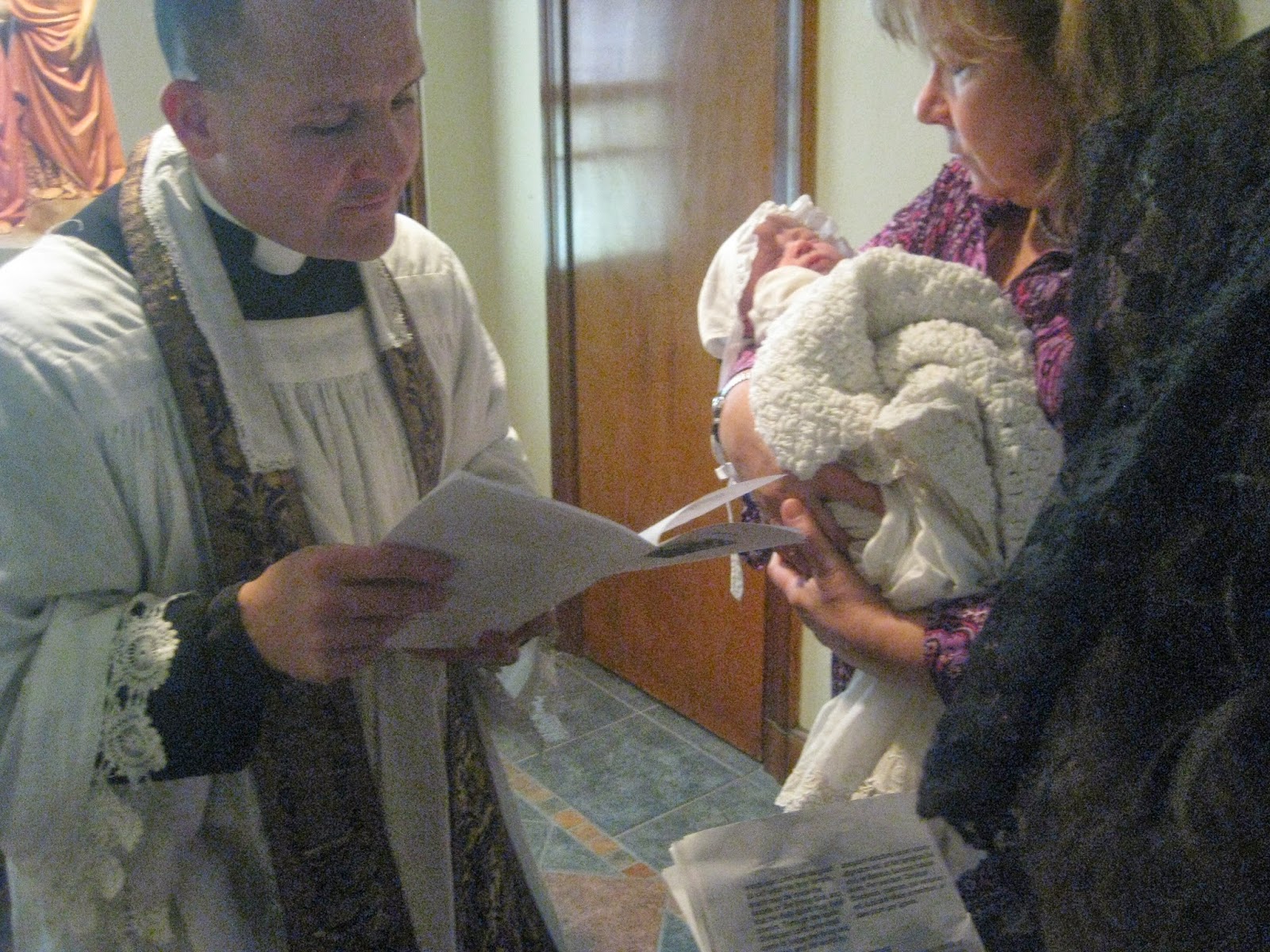 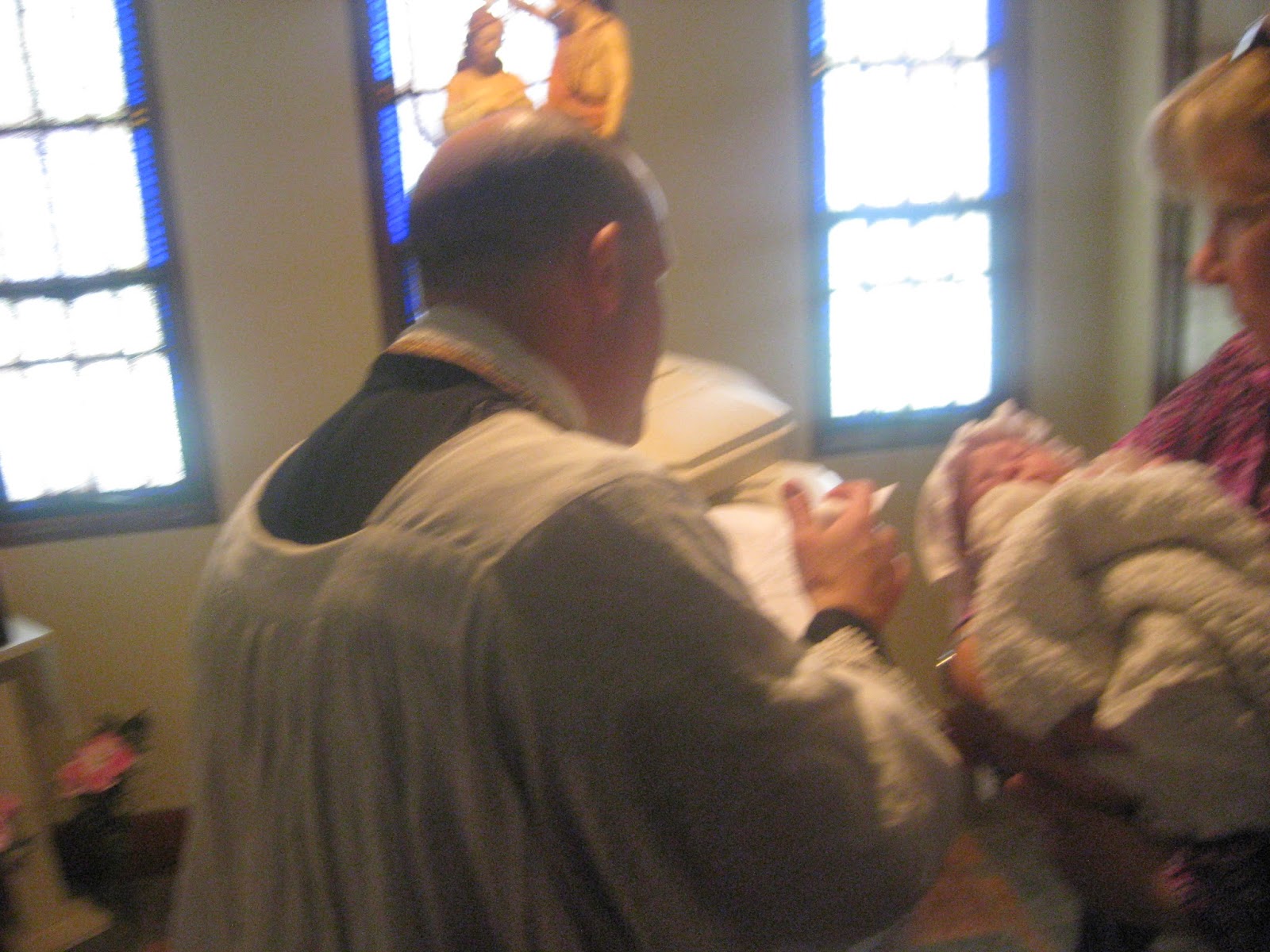 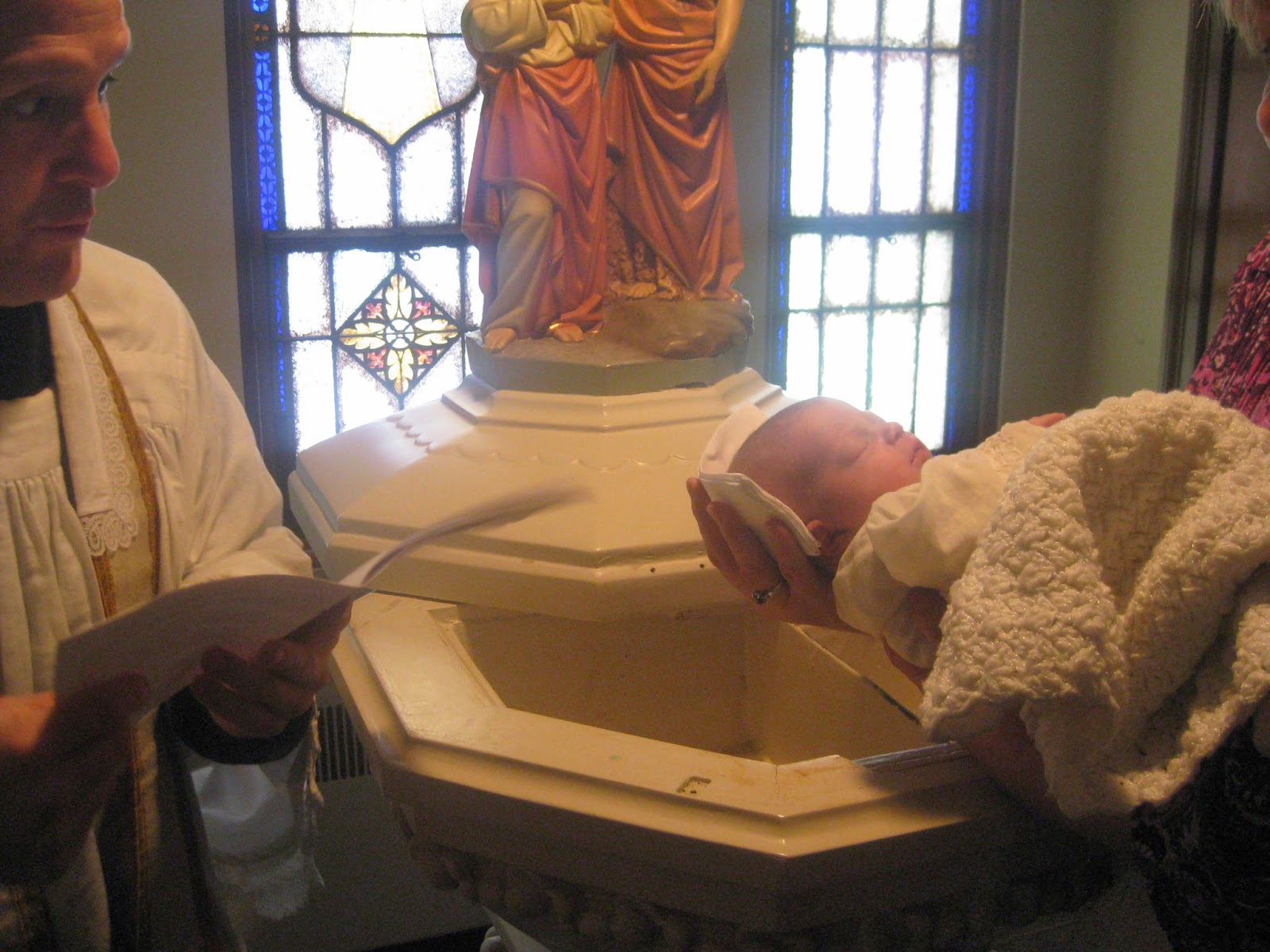 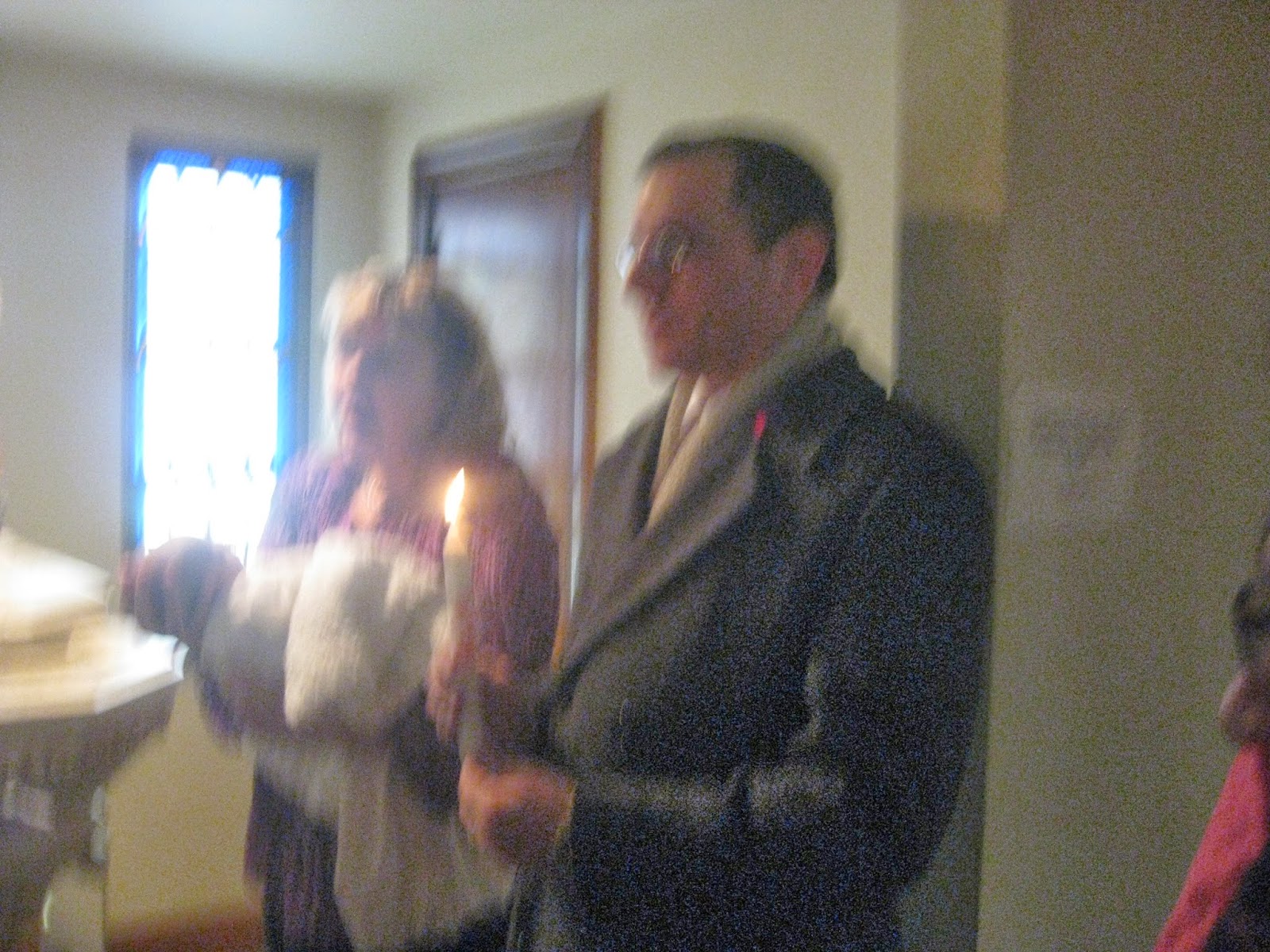 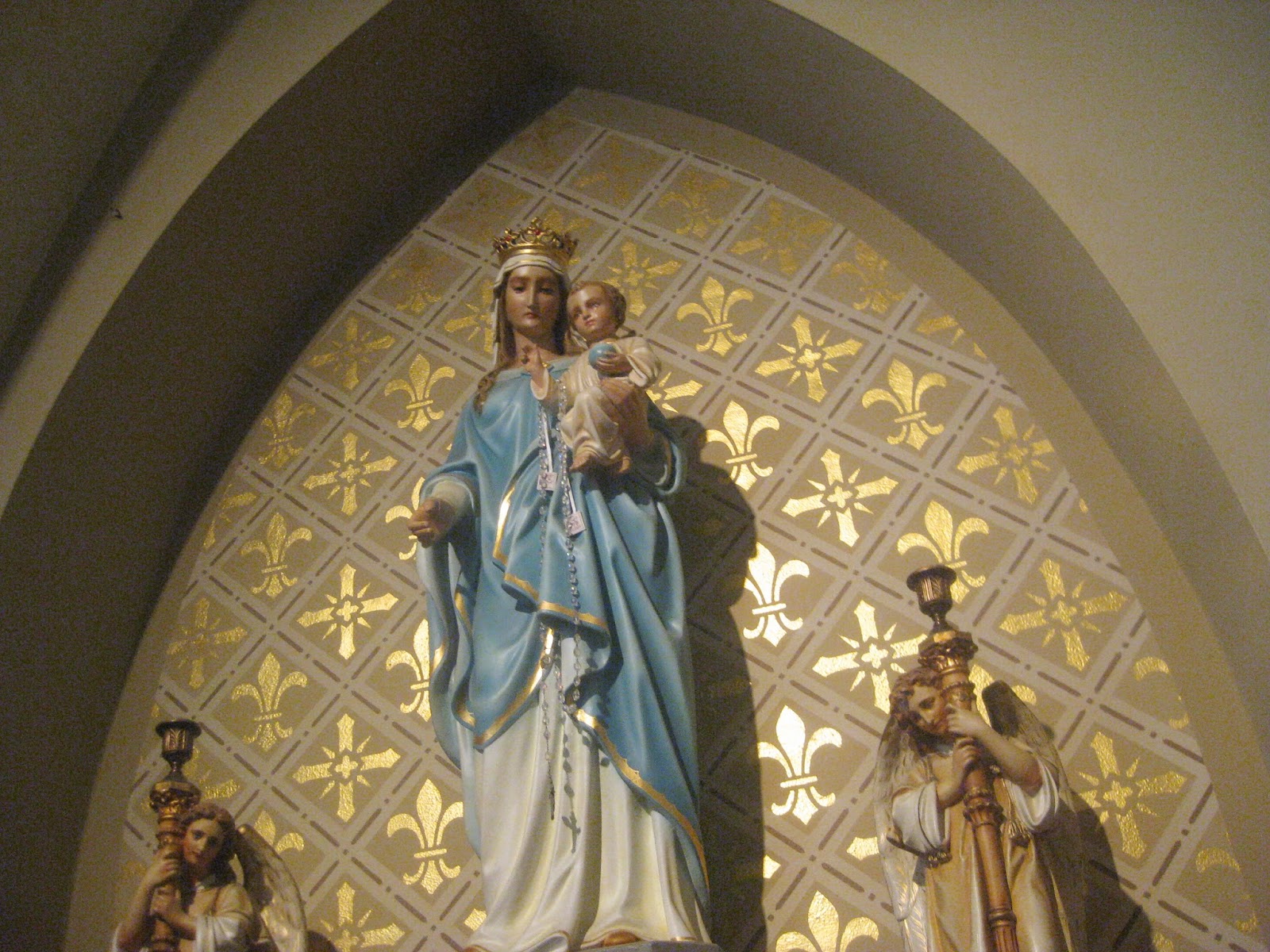 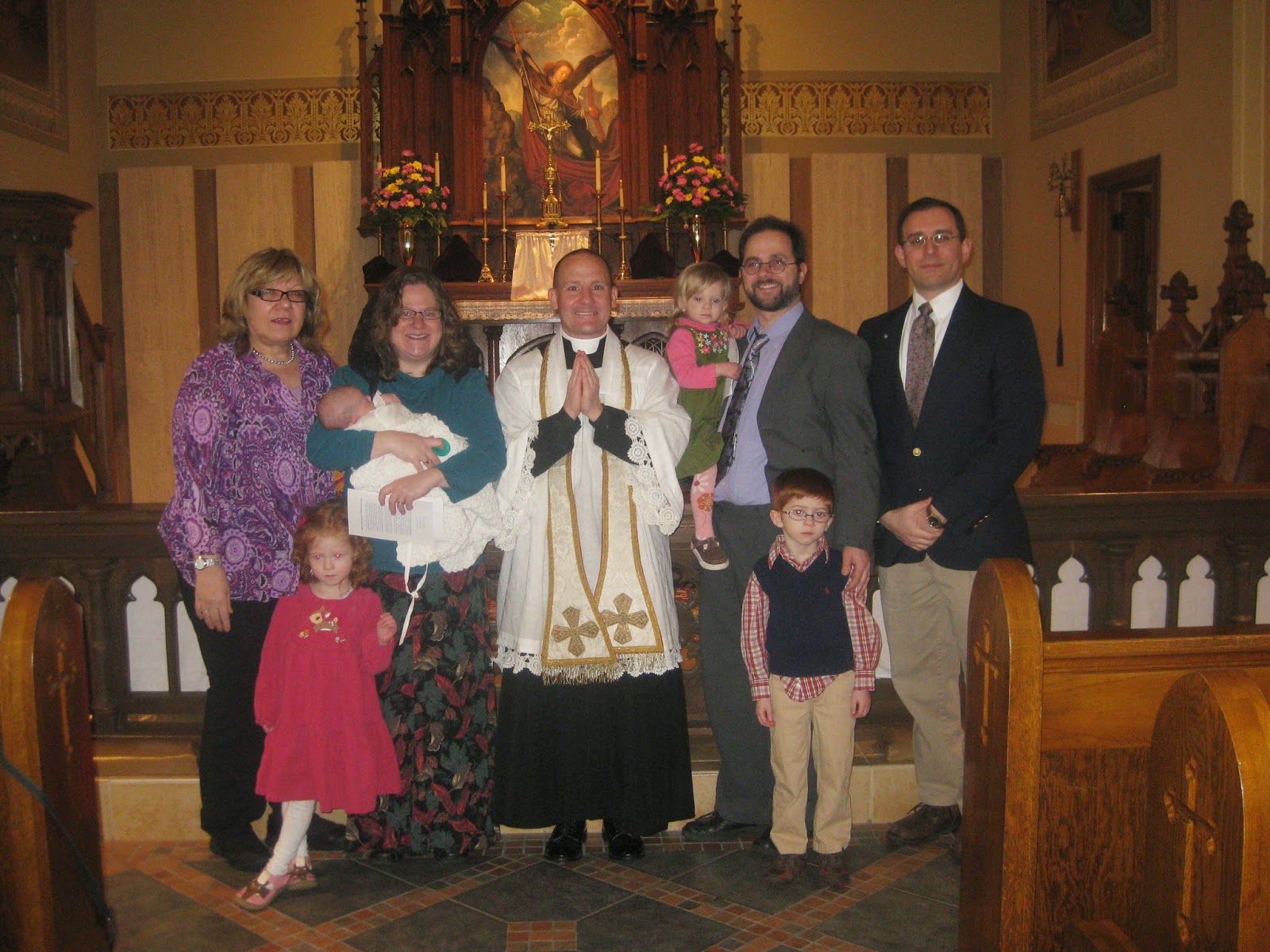 Lucy was received into the church by baptism on February 15th 2014.  The pictures aren't great because Benjamin, aged 6, was our photographer!  Two days before the baptism we had a rather large snowstorm that dropped a few feet of snow.  Not a huge deal as the streets are cleared pretty quickly around here.  But then the day of the baptism another snowstorm hit.  The forecast had originally called for just a flurry, maybe a dusting.  It turned out to be several more inches.  Our church is an hour away.....and our Godfather was over two hours away (on clear, weather free days!).  So the day was a bit of a crazy fiasco....getting up to the Church in one piece.  And then getting home, where there were guests waiting for us to celebrate the baptism and Ben and Beatrice's birthdays, was even crazier.

But, but the grace of God Lucy received her first sacrament and everyone got to where they need to be and celebrated the best we could!
Posted by Jamie Carin and Claudio Romano at 5:33 AM