Today started off rough (much like yesterday!). Anna is still miserable with teething. Basically without Ibuprofen she is just inconsolable and with it she functions teetering on the edge of hysteria. Ben is in some sort of phase that I am just HATING. Basically he is being destructive (today he tore pages out of a book and broke the towel rack in the bathroom) and not listening to mommy at all. And the most frustrating thing is he won't give me straight answers suddenly. "Ben do you want more water?" "Robots!!" "Ben do you want more water??!!" "*singing song*" ACKKK


Anyway, by 1 oclock and a failed lunchtime I was either going to lose it or they had to all go take naps. We opted for naps :) I regrouped and realized that Ben was probably restless from spending so many extraordinarily hot days inside where there is limited space to play (since our basement is being finished) and that Anna is ALWAYS happier out of the house. So when they woke I took them out to play with a sprinkler, get some sun, and work off some energy! The rest of the day went MUCH better because of it and the mental note has been made!


There is nothing sweeter than a soaking wet baby sitting in the grass eating a whole tomato just picked from the garden! She just loves tomatos and eats them like a fruit. 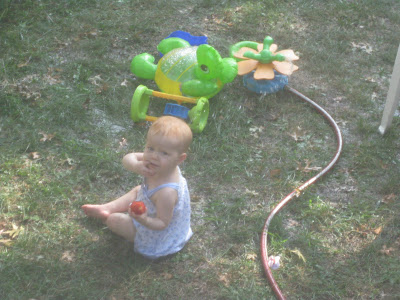 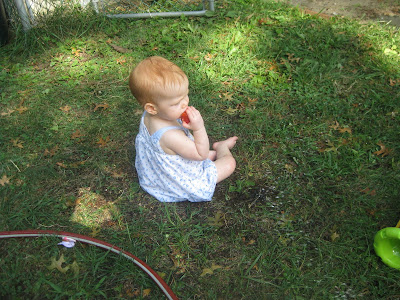 Ben was afraid of this sprinkler last year. Which is why I totally forgot we had it! I turn it on really low. Just enough water to turn the petals. Ben loved it today and needed no coaxing to come play in the water. Last year I remember he sat in my lap and wept! 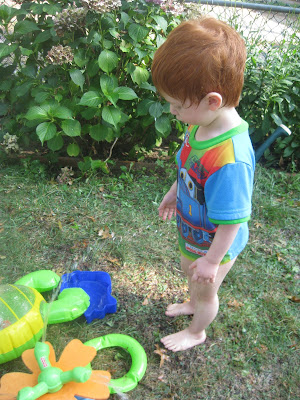 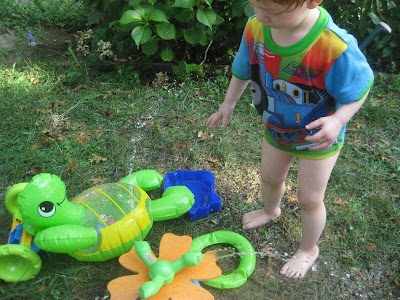 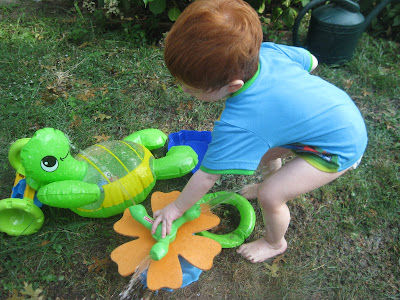 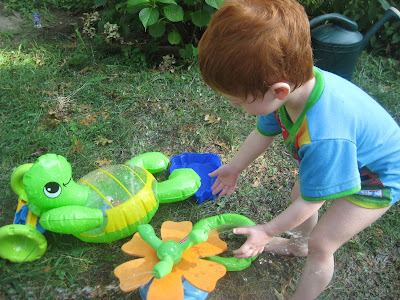 Well after weeks and weeks and weeks of working on potty training we finally had a breakthrough today! We started training Ben by letting him go bare bottomed and he basically caught on immediately and in a day was 100% trained to use the potty with no reminders from us.

But as soon as you tried putting underwear on him he totally didn't get it. He would go in them even as you were asking him if he needed to sit on the potty. I was getting so frustrated and discouraged! Then a friend recommended using a timer. So today I set up the timer on my ipod and let him pick the ringer sound (he mostly requested robot and duck). I had it go off every 15 minutes. So every 15 minutes he had to sit on the potty and make a pee pee. A few times he didn't have to go so I let him get up and just reset the timer. I referred to the timer as his "donut timer" because I told him if he stayed dry I would make him donuts with dinner.

Well he did it! Dry allllllll day! No accidents at all! And after being totally resistant to his underwear at bedtime tonight he told me that he wanted to wear his underwear and not his pullup for bed. So I promised him he could wear underpants again tomorrow LOL

As for the donuts they were SOOOOOOOOOOOO good!! I am so happy I have an eggless donut for Ben and I was able to whip them up in just a few minutes!

just reshape the biscuits to look like a donut: 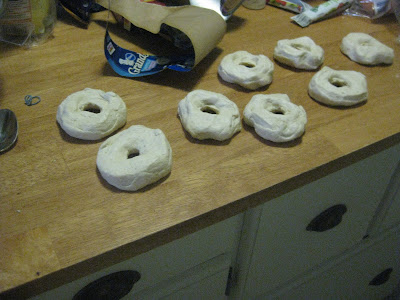 Toss them in hot oil 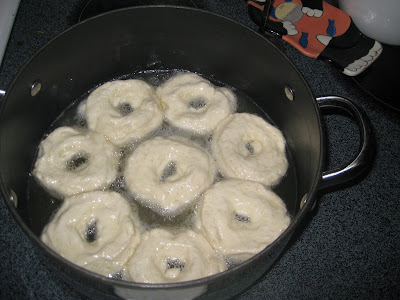 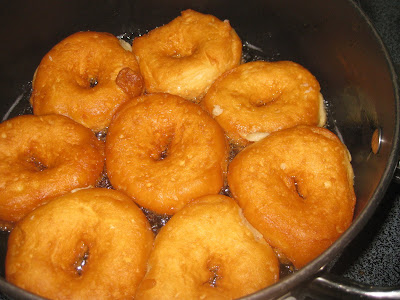 I tossed them with some cinnamon and sugar. 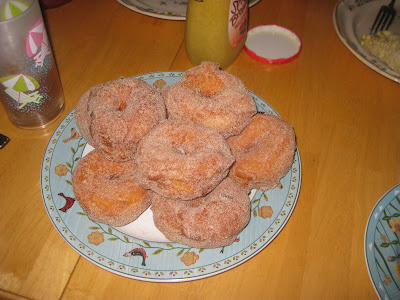 And Captain Underpants dug in! 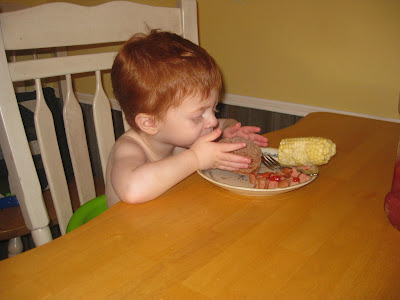 Thank you Jessica at Shower of Roses for this fantastic recipe!!
Posted by Jamie Carin and Claudio Romano at 8:31 PM

So glad you had such great pottying success! It's really awful when we're stuck indoors. :(

How is he doing with the allergies? Those donuts look so yummy I want to give them a try!!!