On Sunday we went to the Rancocas Nature Center to see a demonstration on maple sugaring which is the process of taking the sap from sugar maple tree and turning it into maple syrup.

We love going to the nature center just to go for nature walks on our own and they have a little "museum" with some animals, some fossils, some displays of preserved bugs, furs, birds, skins, etc. The kids really love seeing the turtles and the snakes. 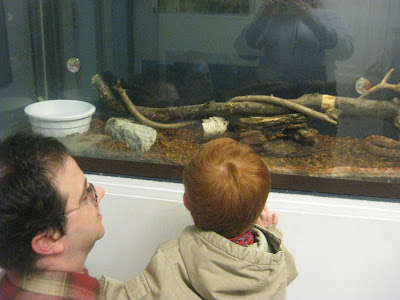 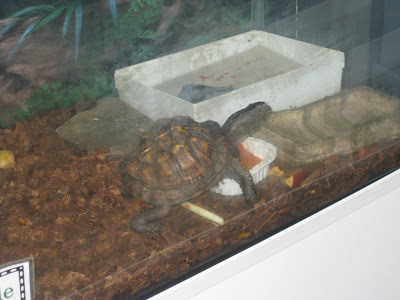 Anna caught sight of this owl and got very excited. She seems to love owls (I think because she has an owl outfit) and to say "hooo hooo!" 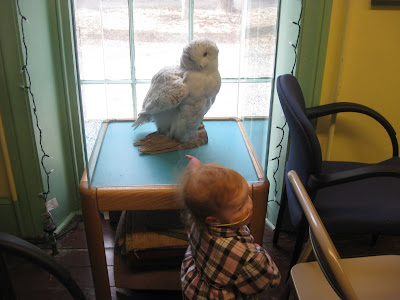 The start of the program was a demonstration of how trees work and grow that involved audience participation. Anna was quite happy to lend a hand wherever she was needed! She just got right in there introducing herself to anyone who cared to pay attention. 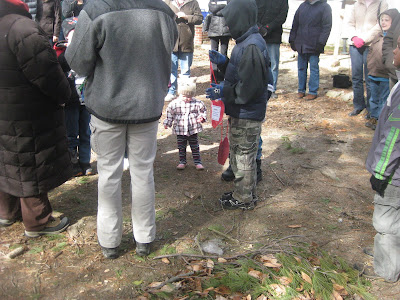 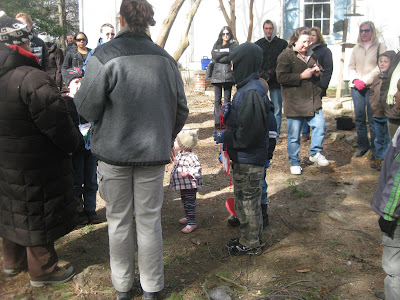 Next a quick explanation on how to identify sugar maple trees. 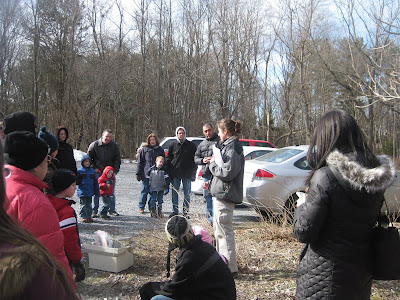 And then the history of how maples were tapped and how it is done today. Apparently there is only one sugar maple tree on the hundreds of acres in the Rancocas Nature Preserve currently and here it is! 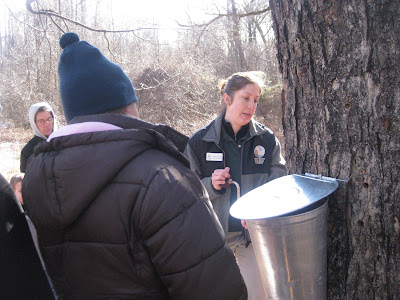 The kids were so excited to see this old fashioned frill that they all wanted a try...including Benjamin! I got a very short video after he patiently waited in line behind much older children to get his turn at the drill. 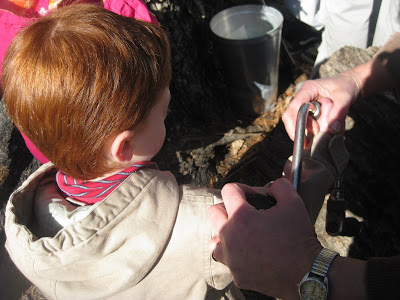 I was surprised to see how steadily the sap dripped into the bucket. 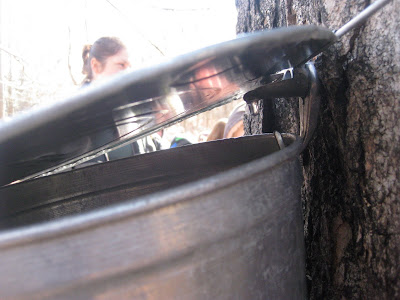 The bucket filling up with the sap. 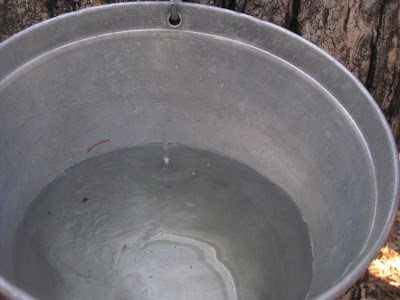 We each got to taste the sap straight from the bucket. It was very cool and basically tasted like someone had dropped a few drops of maple syrup into some ice water. Very refreshing! 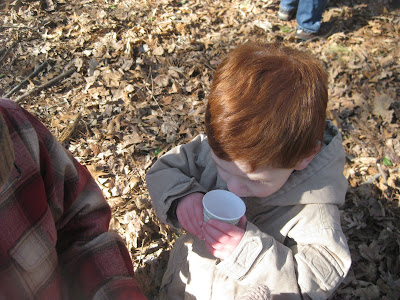 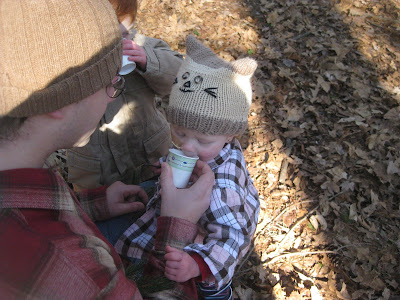 After the visit to the sugar maple tree we were supposed to go back to the main building to watch a short video. But Benjamin was a little over-ripe and in need of a nap. So much so that when I had him sit on a little bench in order to give his nice folding chair to an older woman he had a five alarm meltdown and I had to remove him from the scene of the failed chivalry. Instead we made a quick stop at the area outside they were preparing to let the kids roast waffles over an open bonfire to then dip in some syrup they had made from their tree. 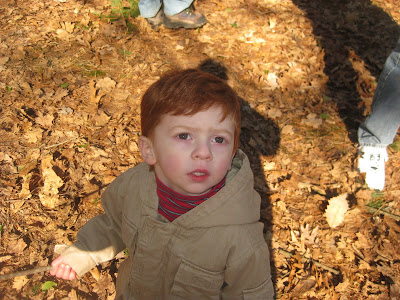 I was a bit bummed we didn't get to see the actual boiling down (or a portion of that as I understand it takes hours upon hours to boil the sap down) of the sap. 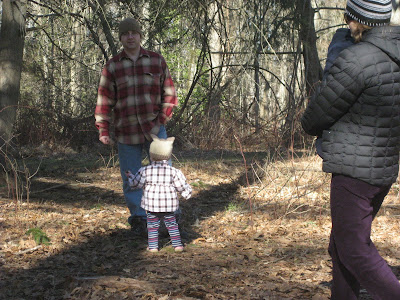 And it turned out to be a good idea to go to the fire early because this way egg allergic Benjamin was not bombarded with the sight of 40 children devouring waffles that he couldn't have. So they let us put some of the syrup in a cup and we all tried a taste of the syrup and then went home and took naps. 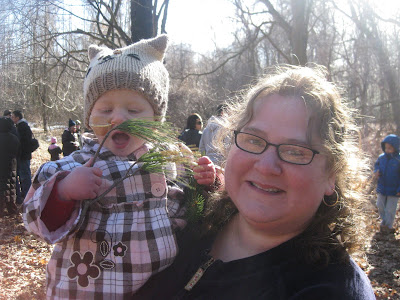 In a few weeks they are having a salamander program that we hope to go to
Posted by Jamie Carin and Claudio Romano at 1:54 PM