It's a Charlie and Lola Day...

my two little critters have colds. Anna is already on the mend from hers, but Ben is in the thick of it. He basically doesn't function when sick. So we have decided that today is a Charlie and Lola

that is what is on that glowing orb (I tried to take a picture that would show the actual image, but didn't work) that Anna is standing way too close to! 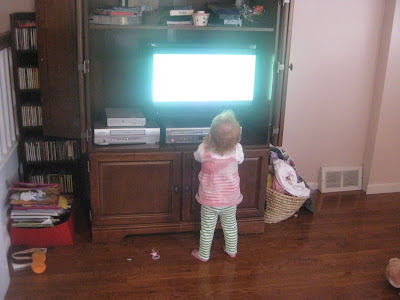 This is both Ben an Anna's by far most favorite show. And I will admit that Claudio and I really enjoy it too. They pick Charlie and Lola

over Thomas, Shaun the Sheep, The Wiggles, Sesame Street, Charlotte's Web, etc etc. So, even though we have 4 volumes of the DVDs we are getting a little tired of the same episodes!!! Thankfully I thought to order a new DVD for Anna for Easter!!

Look at that poor sick boy :( He is clutching his two sippy cups. He told me he wanted juice in one hand and a "milky bots" (boost shake) in the other. 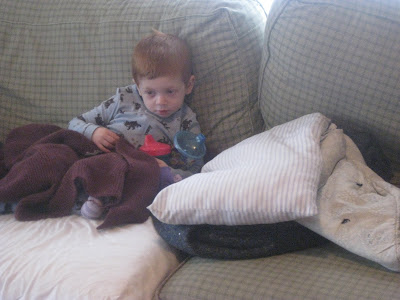 Posted by Jamie Carin and Claudio Romano at 1:24 PM