A Day at the Zoo

Yesterday Claudio had off from work so after a quick (and seemingly pointless) followup with Anna's surgeon at CHOP we went for a trip to the zoo!

We have been having unusually warm weather for March. So it was sunny and about 80 degrees out. (and interesting note on the weather. I am a people watcher...I can spend an entire day sitting somewhere watching people go by....and it was interesting to see so many families in shorts and tshirts and sandals etc, but still a large amount wearing long sleeve and long pants and heavy shoes. Some even in jackets. I wondered how many hadn't checked the weather and how many just are not prepared in mid-March to break out the summer clothes. *shrug* Of course then I noticed that even though I had my kids in shorts and tshirts and I was wearing capris and a tshirt....and I even took off Beatrice's socks and pants, that my husband was wearing jeans, a long sleeve shirt, and hiking boots LOL. I know his reasons though. He is just goofy like that!) 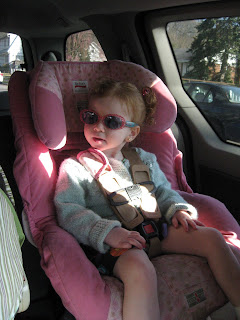 Anna just cracks me up to just look at.  Sitting there in her enormous pink throne carseat with baubles in her pigtails, and the sunglasses....it's just too much LOL 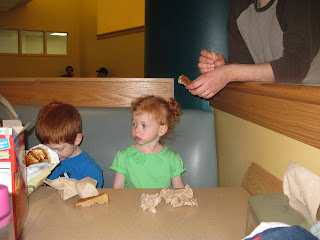 We packed our lunch and ate at the cafeteria at CHOP before heading to the zoo (notice Claudio doing "bites" with Anna to get some peanutbutter and jelly into her.) 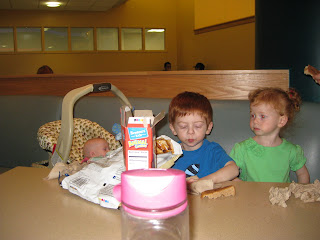 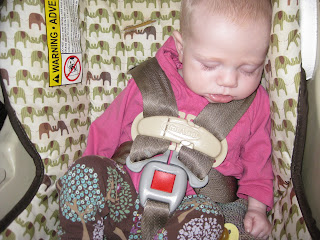 This is basically what Beatrice did all day.  She woke mid day for a bottle, but otherwise snoozed....what a life!! 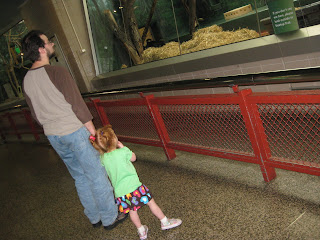 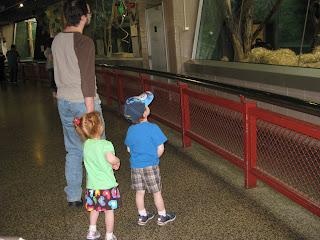 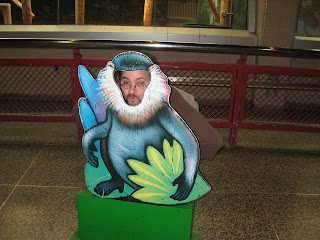 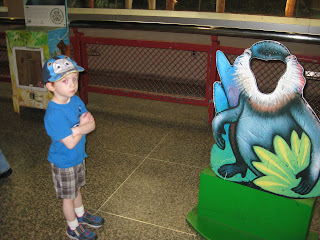 "Ben, you want to put your face in there and be a monkey??!"  "No" Yeah that is my Ben...arms crossed and all.  Never one to perform on request. 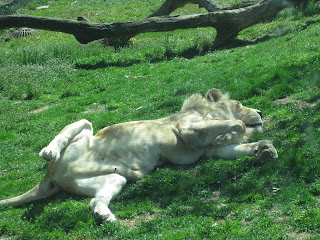 We all giggled at this lion because she sleeps just like our cat Bunny. 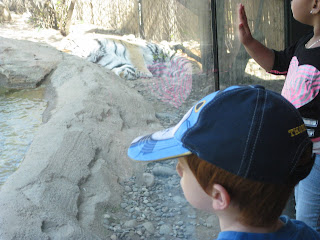 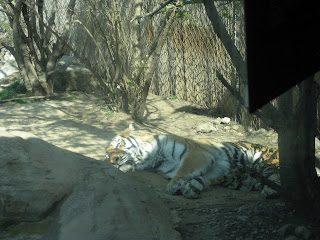 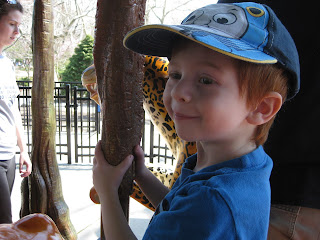 I was so proud of this little guy.  He is the type of kid that is just very reserved and shy...and I would say misunderstood.  He likes to approach things on his own terms and at his own time and the more he is forced or rushed the longer he takes to warm up to a person or situation (I could write a whole post on this topic.  Largely I feel like this is fine and just how my otherwise lovely and sweet kiddo is, but there is a fine line between shy/reserved and rude/antisocial....anyway someday I will tackle this topic).

So when I asked if he wanted to ride the carousel I was SURE he would say no (as he does before many times).  But he said YES!  And then told me that I should not hold his hand because he was going to be brave.

And he LOVED it!! 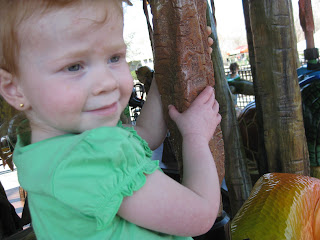 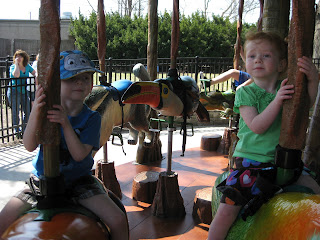 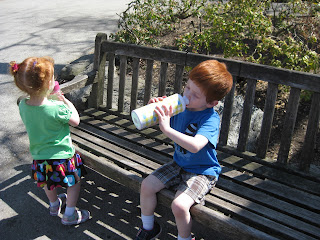 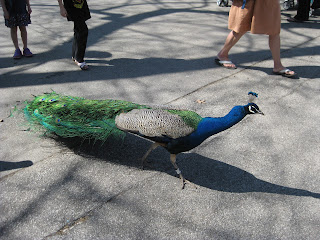 pardon me passing through... 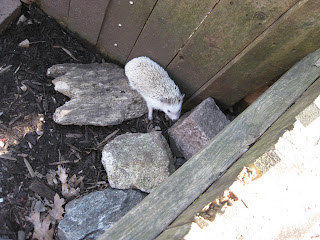 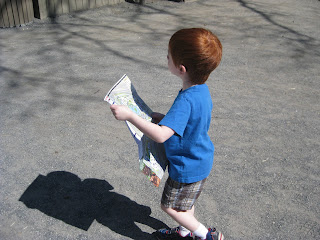 Ben was hilarious with the zoo map!  He would stop and study it and direct us where to go.  As Claudio says, "He is not shy about dictating."  So true. 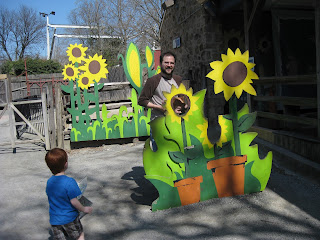 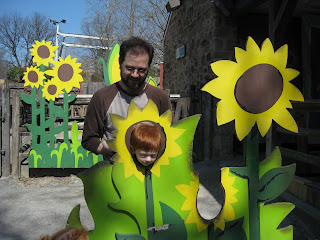 And as I said, in his time he was ready to put his head through the little hole and let me take a picture LOL 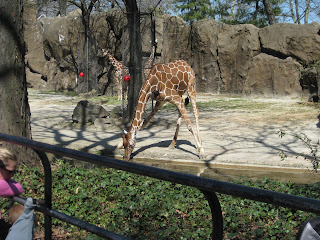 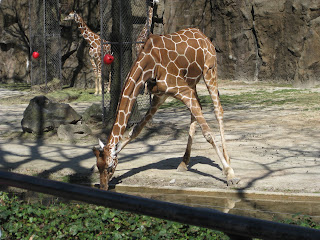 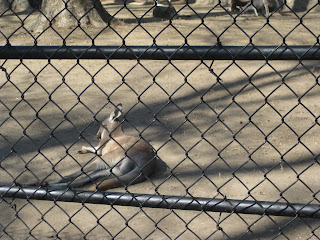 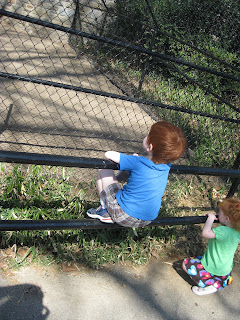 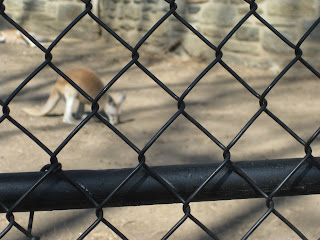 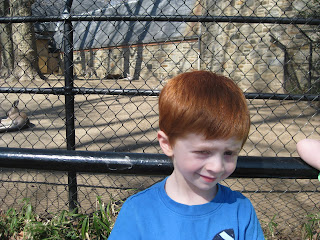 Finally my little kangaroo meets his beloved favorite kangaroos for real!  He was of course exhausted and half asleep by this time but he loved it (the kangaroos were exhausted too as most were lounging in the dirt LOL).  Next time we go to the zoo we will go the reverse route we took so kangaroos are FIRST!  Lesson learned
Posted by Jamie Carin and Claudio Romano at 2:27 PM

Awesome!! They look so old in these pictures! We love the zoo,such a great place to take the kids full of so much learning fun :)