A Trip To New York City 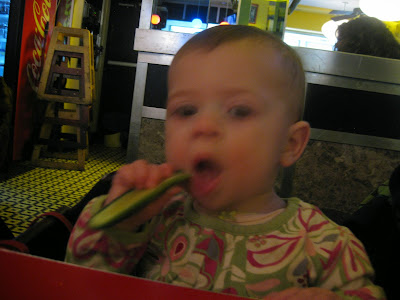 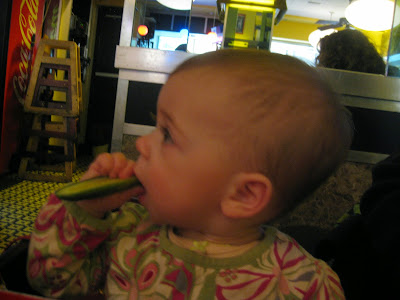 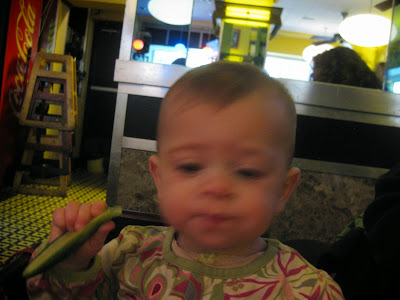 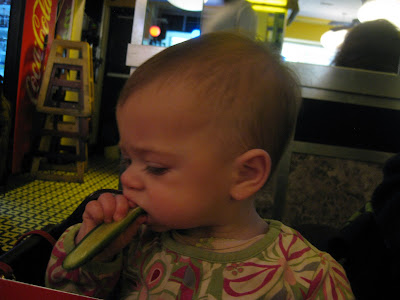 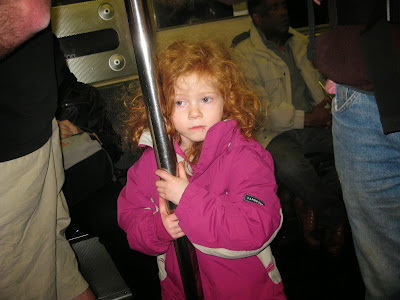 Kind of totally random shots from our trip to NY last weekend.  We were meeting our friend, Miss Dober, in Manhatten to take the kids to the Museum of Natural History.  It would have been quite a trek no matter what, but it was made even trekkier by the fact that we took the train in....and the fact that we don't really live anywhere near the train...

Benjamin has been a hardcore train lover since he was a year old.  He plays with his trains daily and yet the boy had never been ON a train in his life.  So, we decided to drive an hour to the train in NJ and take that to Penn Station.  From there we took the subway uptown and had lunch at a really great Kosher style deli called Artie's.  Soooo good!!!

After lunch we headed to the museum and by then we were already sort of raggamuffiny and tired!  Add to that the museum was absolutely PACKED....and it was about 85 degrees in the museum and we dressed in the morning in the Poconos where it was hovering just around freezing.  So then we were tired, ragamuffiny, and REALLLLY hot!

So, we were a bit disappointed in the museum.  I had been there several times and always really enjoyed it, but it was hard to enjoy anything...it was hard to walk around even with the crowds.  And it was just so blasted HOT!!  We will have to try again on a weekday.

We had a really nice day even with the disappointment with the museum..I should say the kids liked it, but I just didn't feel like we got much out of it.  Next time we will just drive into NY and that will cut down on a lot of the hassle, but it was definitely worth it this time for Ben.

At the end of the day Anna said she wants to live in the city and loved all the people and Ben said he likes being a country boy.
Posted by Jamie Carin and Claudio Romano at 12:24 PM