We just had our third snow of significance (meaning at least a few inches and cold enough to stick and stay...you know the kind of stuff that requires a shovel!). But this was the first time I got the kids out to play in the snow. The other times the kids were sick. 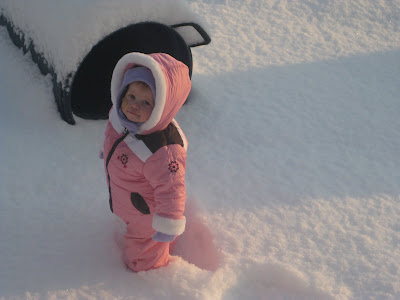 This was Anna's first REAL time out in the snow! Last winter she was still a little baby! She quickly picked up on the words "snow" and "cold" LOL 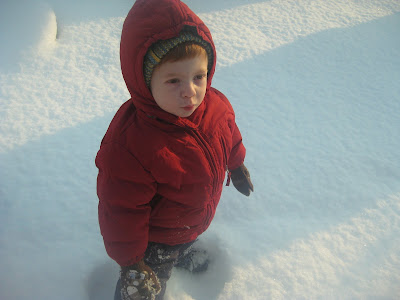 Ben was an old pro this time......I mean this was nothing compared to the two foot blizzard he got to play in last winter! 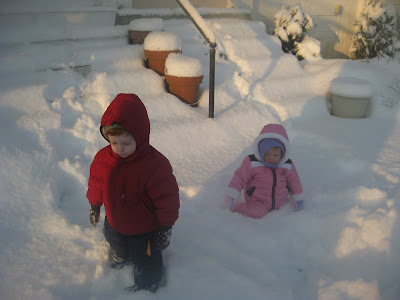 I have to wonder though...for kids the age of my kids (almost 3 and almost 18M) is it really worth the time and effort required to get them bundled up enough to go out in the snow?? I would say for Anna almost definitely NOT! THe snow was too deep for her to be able to walk...especially having so much bulky clothes on. So she could take a few steps and then would fall over and she was unable to stand herself back up. So she quickly just wanted to be carried. Normally carrying around a 17lber is not that big of a deal but it felt like she had on an extra 15lbs of gear LOL. She got heavy fast! 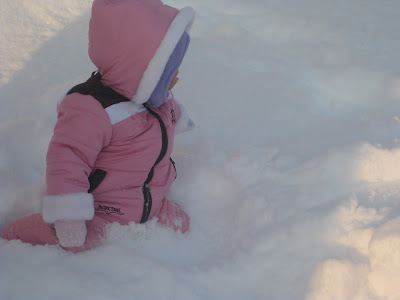 Bu gosh she is cute!!! You can see the tape on her cheek, but no tube. She somehow pulled it again the night before. So she got to spend the day tube free. We replaced it after dinner. Ughhhh! 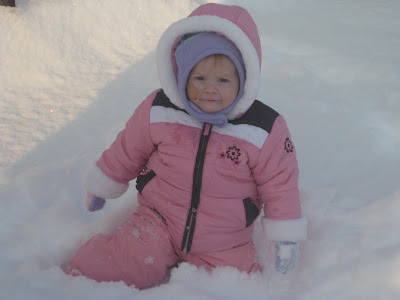 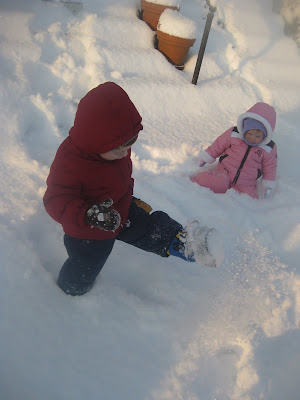 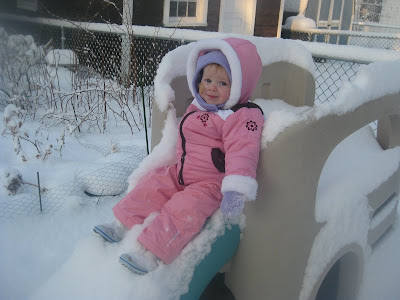 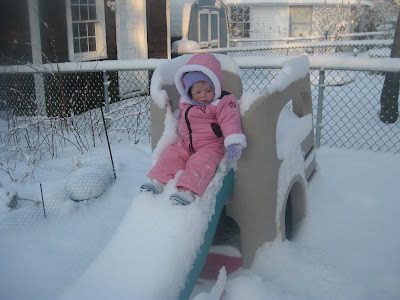 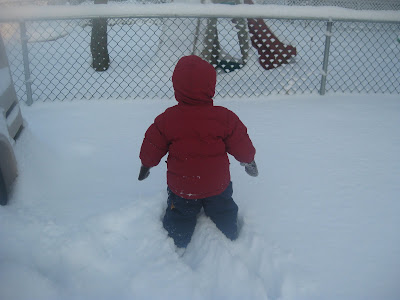 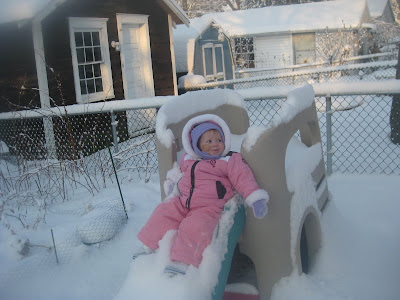 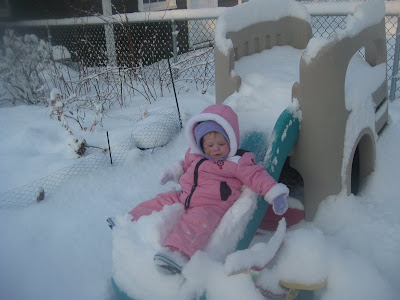 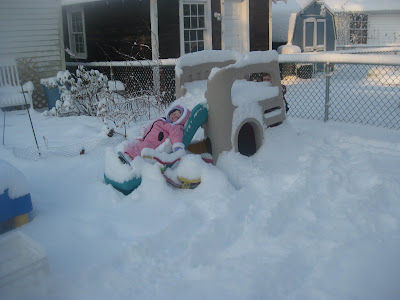 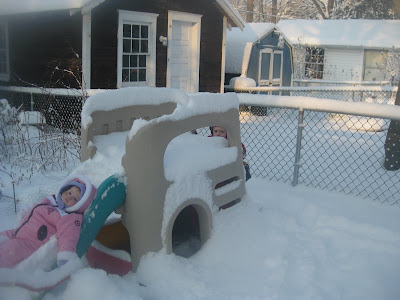 And she was displeased.....especially to see Ben was coming up the ladder to slide into her!

You can hear my neighbor asking me if I had my camera...that is why I turn around


Posted by Jamie Carin and Claudio Romano at 7:10 AM