Just a Day at the Beach

A few weeks ago we met some of the family at Ocean City. It was a beautiful, perfect day and Benjamin's first trip to see the ocean. He was very scared at first, but after some playing around he was fearless....walking into the water with abandon. 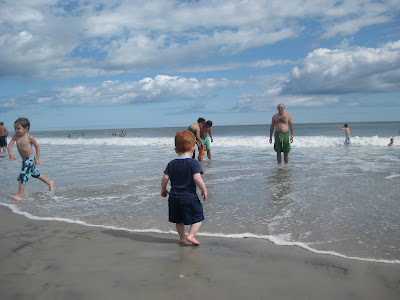 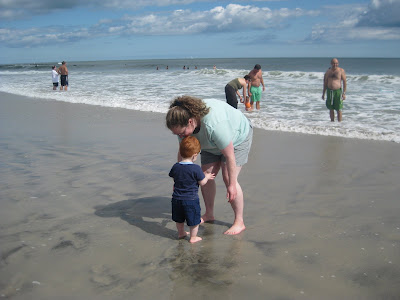 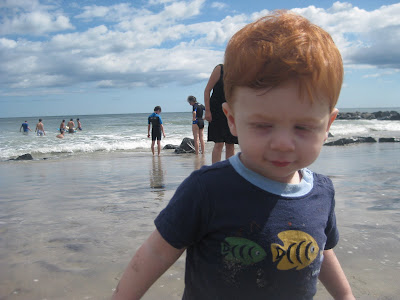 This is where Anna stayed. We called it "The Anna Cabana" 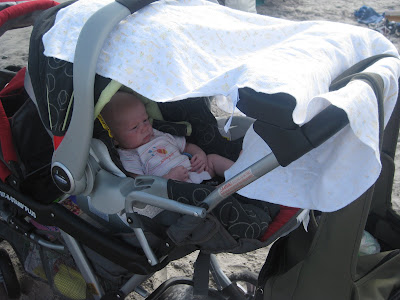 Ocean City has a great boardwalk includingan amusement park. Ben took his first ride on a merrygoround, but he was too afraid to sit on a horse...so we had to sit in a bench. He was so tired by this time that I am not sure he had any idea what was going on LOL. 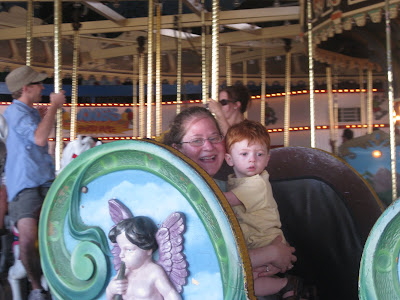 We also took a ride on Thomas because Ben kept pointing at it and saying "trains trains trains". but once we were on it he was pretty scared LOL...he is a bit of a wimp! 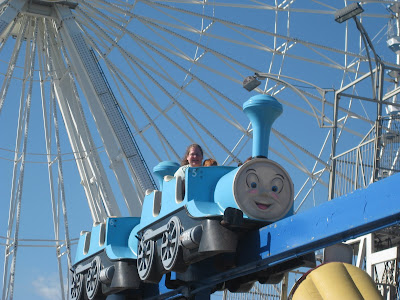 Posted by Jamie Carin and Claudio Romano at 5:12 PM