We Have Waited Three Years For This!

The year Ben was born the winter was so warm that we were having thunderstorms in January and regularly temps in the 60s and 70s. Nothing but an occassional flurry last year.

The started in the wee hours so as soon as everyone was up we went out for a very quick walk in the snow. It was really to windy for the kids, especially Anna so our plans to walk up Mt. Holly quickly changed into a 3 minute venture out with Anna and a quick jaunt in the yard for Ben. 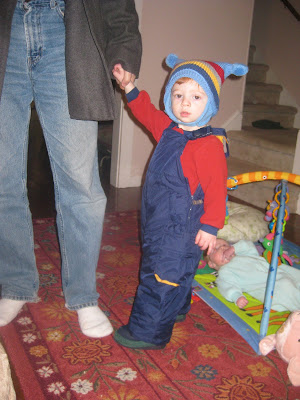 Ben received these snowpants for his birthday last year and I sort of chuckled to myself.....assumed it would never actually snow again and the pants would be packed away unworn at the end of the winter.... 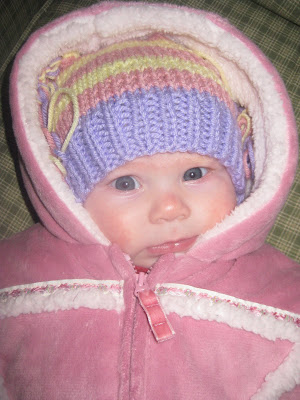 Here is Anna all bundled up. This isn't actually from the day of the snow but it was too cute to leave out and fit the theme and all :) 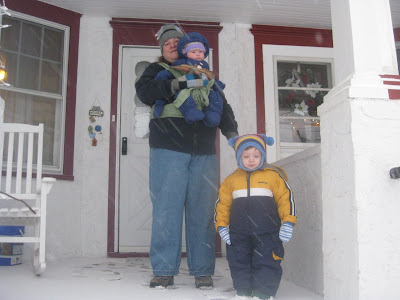 So everyone was bundled up and Anna was strapped on for safety!! 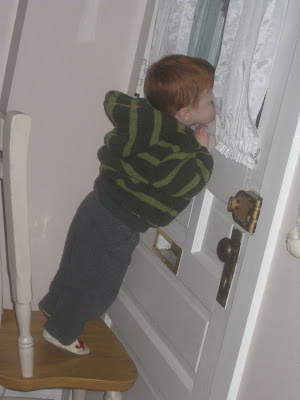 The no standing of furniture rule was suspended so that Ben could peak out the window whenever he wanted to see the snow. 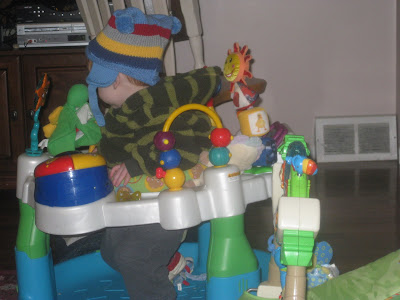 And most of the rest of the day Ben rambled about looking like Bullwinkle (or was it Rocky?) learning new skills like climbing into the exersaucer. 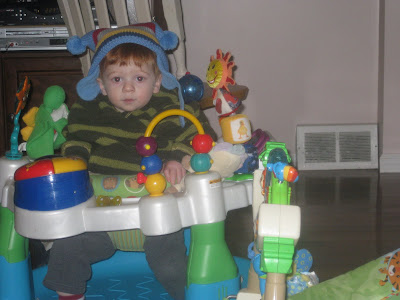 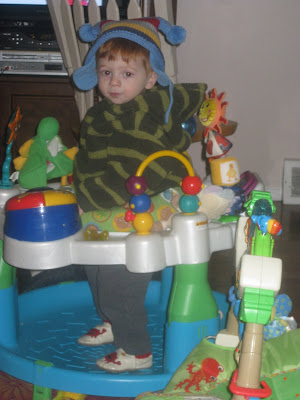 Posted by Jamie Carin and Claudio Romano at 9:23 PM

Wasn't that snow fun!! I think it was Kayla's first real snow too and she's 3 1/2!!! It was great fun and we are thankful that we had our snow blower for our LONG driveway. Hope you are all feeling well and let's play soon!!