Well with another long Lent coming to an end Easter finally arrived!!

In the morning Claudio made a delicious breakfast of pancakes, bacon, and hashbrowns.

After breakfast we went to Mass at Mater Ecclesiae. 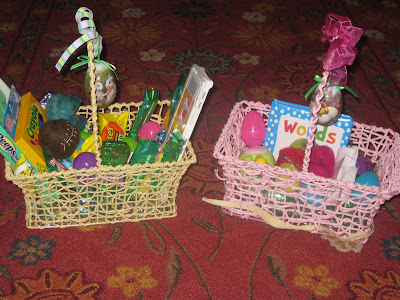 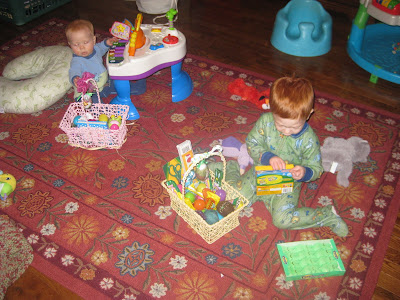 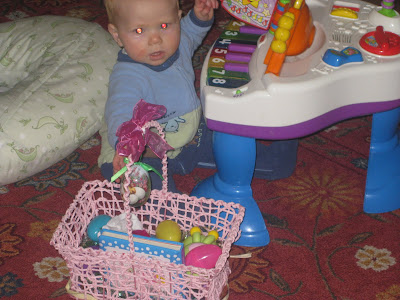 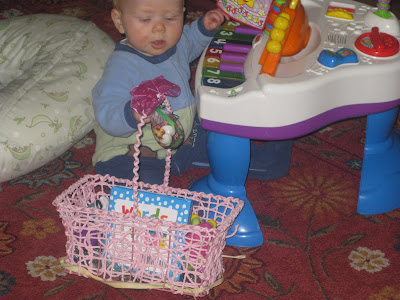 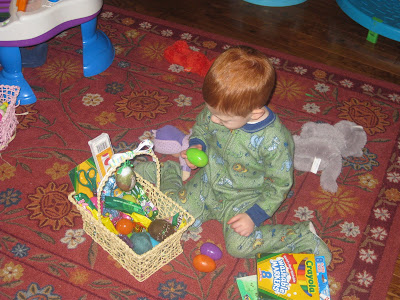 I tried to get a good picture of Ben in his blue and white seersucker short pant suit, but as you can see I did not! First of all the jacket makes him look like Frankenstein....and he wouldn't stand still or smile...let alone keep his eyes open. 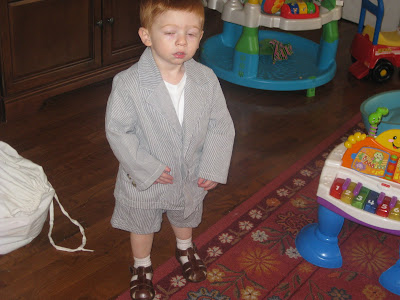 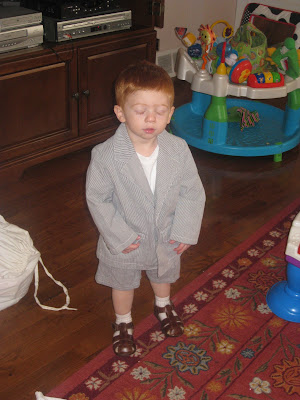 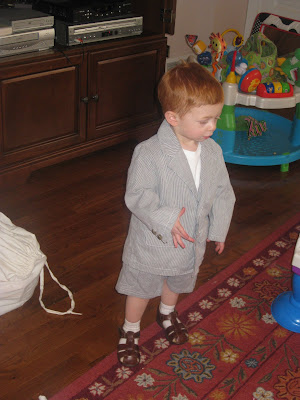 I totally forgot to get a picture of Anna in her April Cornell Easter dress. It is her first April Cornell dress and she was, of course, beautiful!!
After Mass and several mishaps involving a wallet, a pacifier, and a miscalculation of mileage we spent a good 2.5hrs in the car going to Claudio's brother's for Easter dinner.
The dinner was delicious, but, unfortunately, after a long mass and a long car drive Ben was really out of sorts and basically just wanted to play quietly in another (and not sit to eat). But he had a great time doing an egg hunt and playing on the swingset. And Anna loved visiting with her adoring cousins!!
Posted by Jamie Carin and Claudio Romano at 10:11 PM