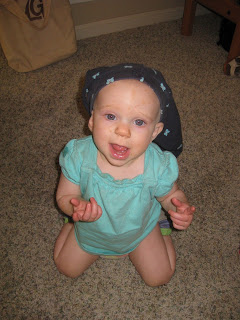 So, I just realized today that it is the one year anniversary of Anna starting the CHOP Day Hospital Feeding Therapy Program.

As well as she did during therapy several factors have lead us to be Feeding School drop outs!  A few major factors being our new insurance doesn't cover Behavioral Health Services at CHOP, I was having some major disagreements with the feeding team at follow ups in terms of the direction of Anna's care, and doing separate "bite" sessions with Anna when I had a new baby, a house on the market, and a 4yr old, and, and, and, and seemed just this side of impossible. 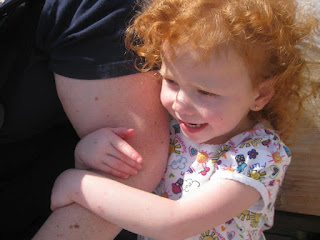 So what does that mean for Anna and her eating??  I really don't know.  We have to struggle for every bite basically.  She is just sort of, usually, hanging on by a thread in terms of maintaining her weight WITHOUT tube feeds (something she couldn't do before therapy).  I think her GI put it best a few months ago when he pointed out how very far she has come in the two years he had been seeing her and that this will likely always be a struggle for her, but that we ALL have shortcomings that we need to compensate for and with age and maturity she will learn to deal with it.  Her tube remains in for now.  She would likely be one stomach bug away from tube feedings, but then again she has ways of surprising us!  Meanwhile she is a full of life 3yr old! 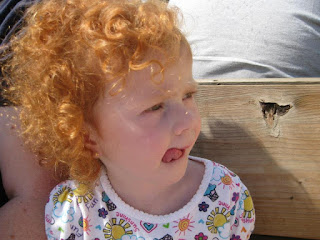 We are just about to start our 4th week of school.  Ben is doing great and if Anna was a little less of a loose canon things would REALLY be going smoothly.  She is a big distraction.  Insisting on doing school with us, but not wanting to do anything planned.  I am torn between laying down the law and making her do that crafts and little alphabet activities I prepare for her and just letting her flit about as she will.  If she is going to be so difficult why should I waste time planning for it?? LOL 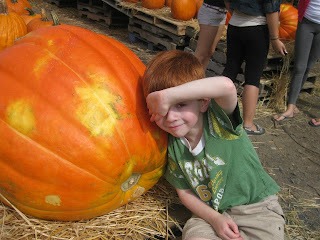 The only area Ben has struggled with in school is Religion.  Basically the curriculum calls for me to read  him sections of the Golden Children's Bible and then the next day he is to retell me the story and I write it out and then he illustrates it.  He had such a hard time with the recall part of this.  I am not sure if the subject matter was boring, the language/vocab too advanced, the concept itself too much for a 4yr old or what.  So we just dropped the religion and instead we are just focusing on Catholic Treasure Box stories/activities and saint stories and picture books etc.  So far this is much better.  We will either revisit it in the summer as an extra or just skip it and that is that. 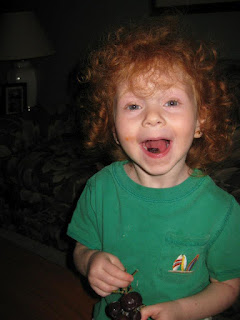 Things are moving ahead with our move. The house is a disaster as things get pulled out to be packed and shuffled around and nothing can really be put AWAY. There are boxes everywhere. Stacked towers. We have just over a month until closing and the amount that needs to get done is mind boggling. I just want it to get done and for us to own our new house and for this house to belong to its new family and that is that. 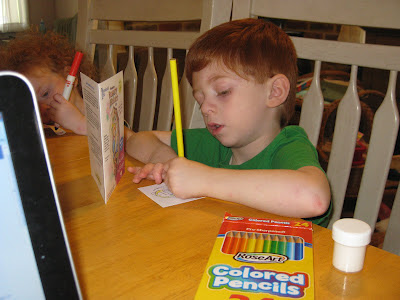 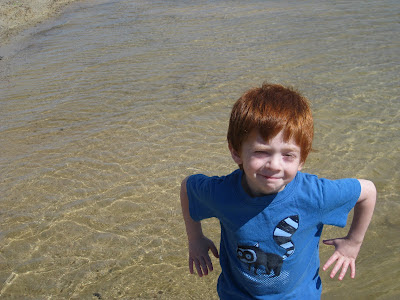 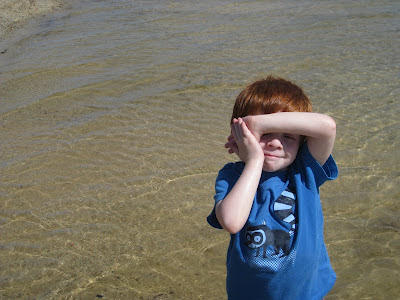 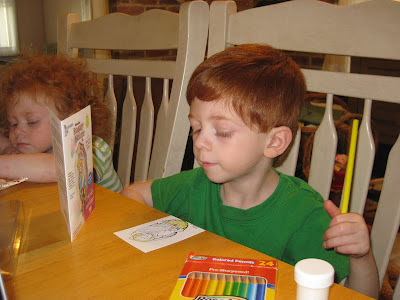 Posted by Jamie Carin and Claudio Romano at 7:04 PM

This post made me wish you lived next door and we could have coffee together tomorrow. God bless you at this crazy, stressful time!

When my Bea was a distraction I bought her Walmart workbooks to do school with us. She colored, she painted, she watched youtube videos on phonics when we really needed quiet. I let her glue cotton balls on paper. I gave her tongs to develop pincer small muscle, moving things from left to right. But I never made it too structured for her if she wend of to play with characters that was a good use of her imagination.

I agree with what you did with religion for Ben. With narration, I had to start just with having them repeat/retell my first sentence to build confidence, sometimes modeling how to put it simply.

Moving is a top ten stressor. You've got a lot going on and I hope you find moments of grace, peace and sanity. COunt boxes, talk about shapes...hugs!

Ohh Allison thank you so much for the sweet encouragement! I wish everyday I was your neighbor and could have a cup of coffee with you! ;)

I will try what you suggest for Anna...somewhere in between the two extremes I have been trying LOL