The Dress Rehearsal That Was a Recital 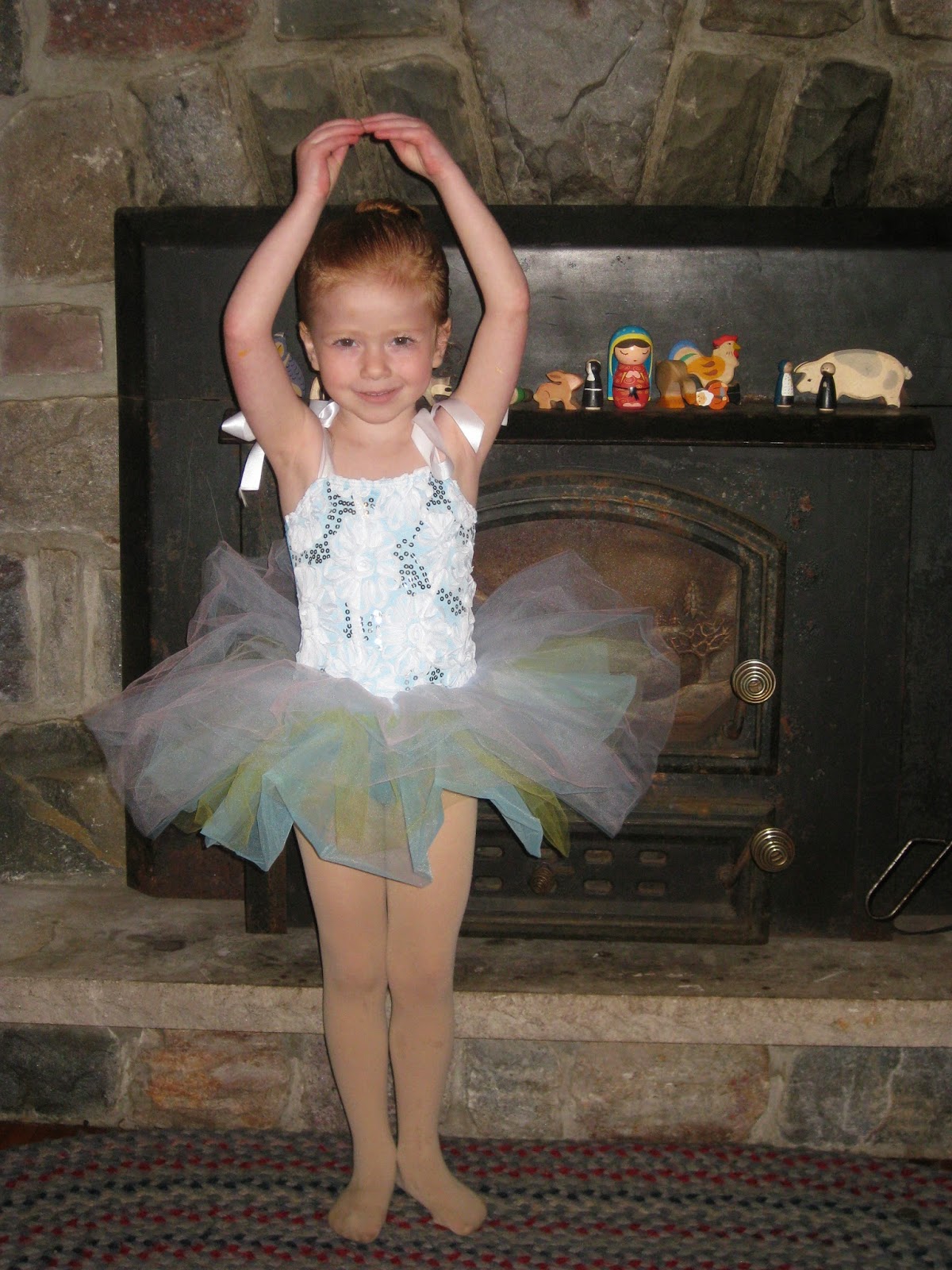 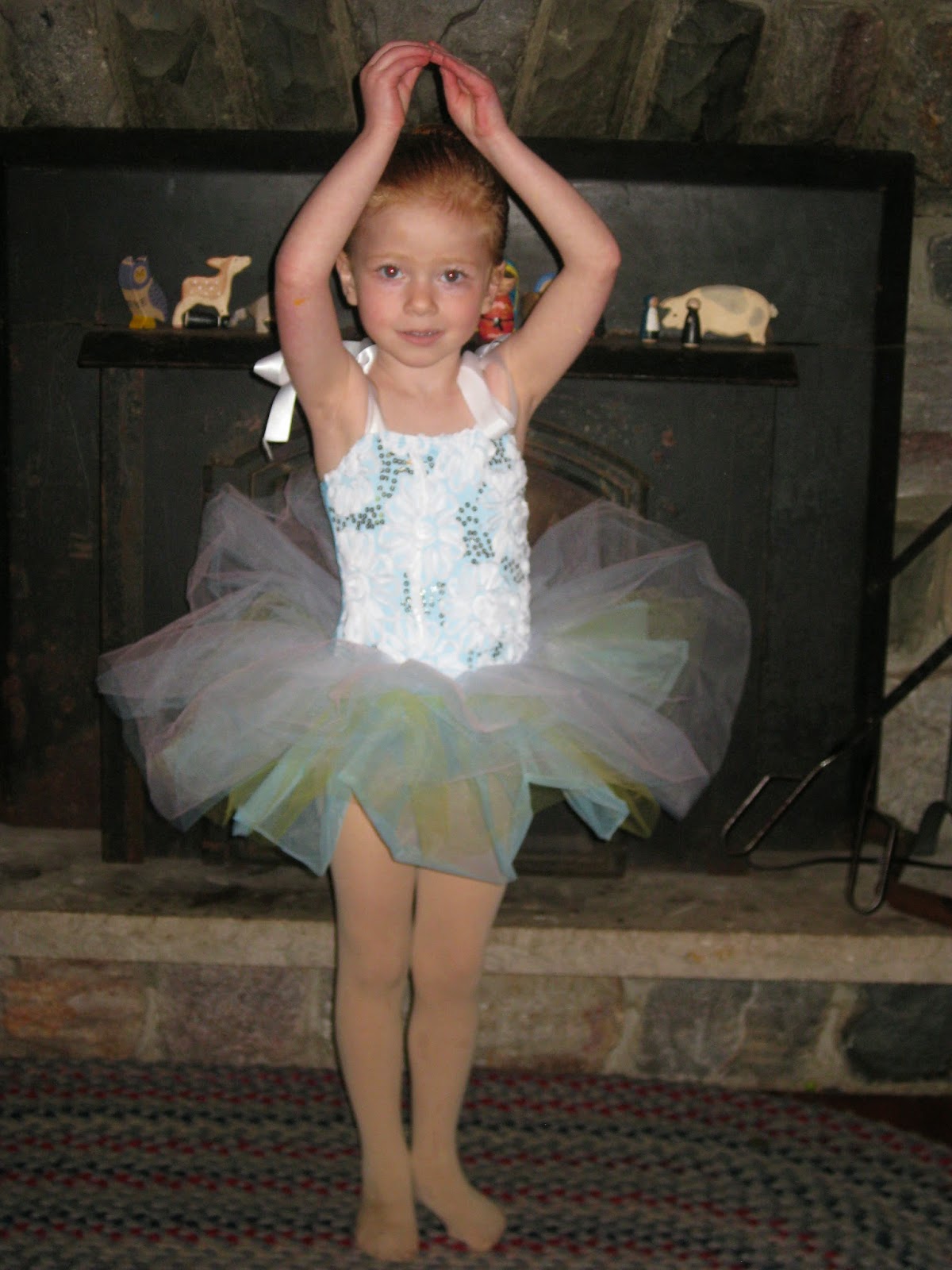 Ohhh my little Annabella...She just finished up her first year of ballet/tap. She had a wonderful year and I think dance is great for her somewhat lacking coordination and grace.  Not to mention a lesson in listening and patience.  I was proud of her even before the recital...

Well, it wasn't really totally a recital.  It just happens that the recital was scheduled for the same day as Ben's First Holy Communion.  As important as we think dance is, and following through with commitments, of course the sacraments take priority.

We had already purchased the costume and Anna was so excited to perform. So after a chat with her dance teacher we decided she would take part in the dress rehearsal.  This being her first year of dance she had no clue what a recital was.  So we let her think the dress rehearsal was the recital and it all basically worked out.

The one snaffoo was that some of the choreography had to be changed to EXCLUDE Anna.  And of course that is how it had to be practiced at the dress rehearsal!  And since we didn't really want her to know that this wasn't the big show....she didn't really know what was going on.

If you watch the video (which is a bit long) you will see where she is sort of left there with no one to dance with  :(  It was so heartbreaking to watch.  But she has such character, as you will see.  She just dances all by herself.  So adorable and made me all the more proud of her.  She has guts and character and can truly perform.


And afterwards, the obligatory meal at McDonalds....or as Anna says:  Dunkin Donalds. 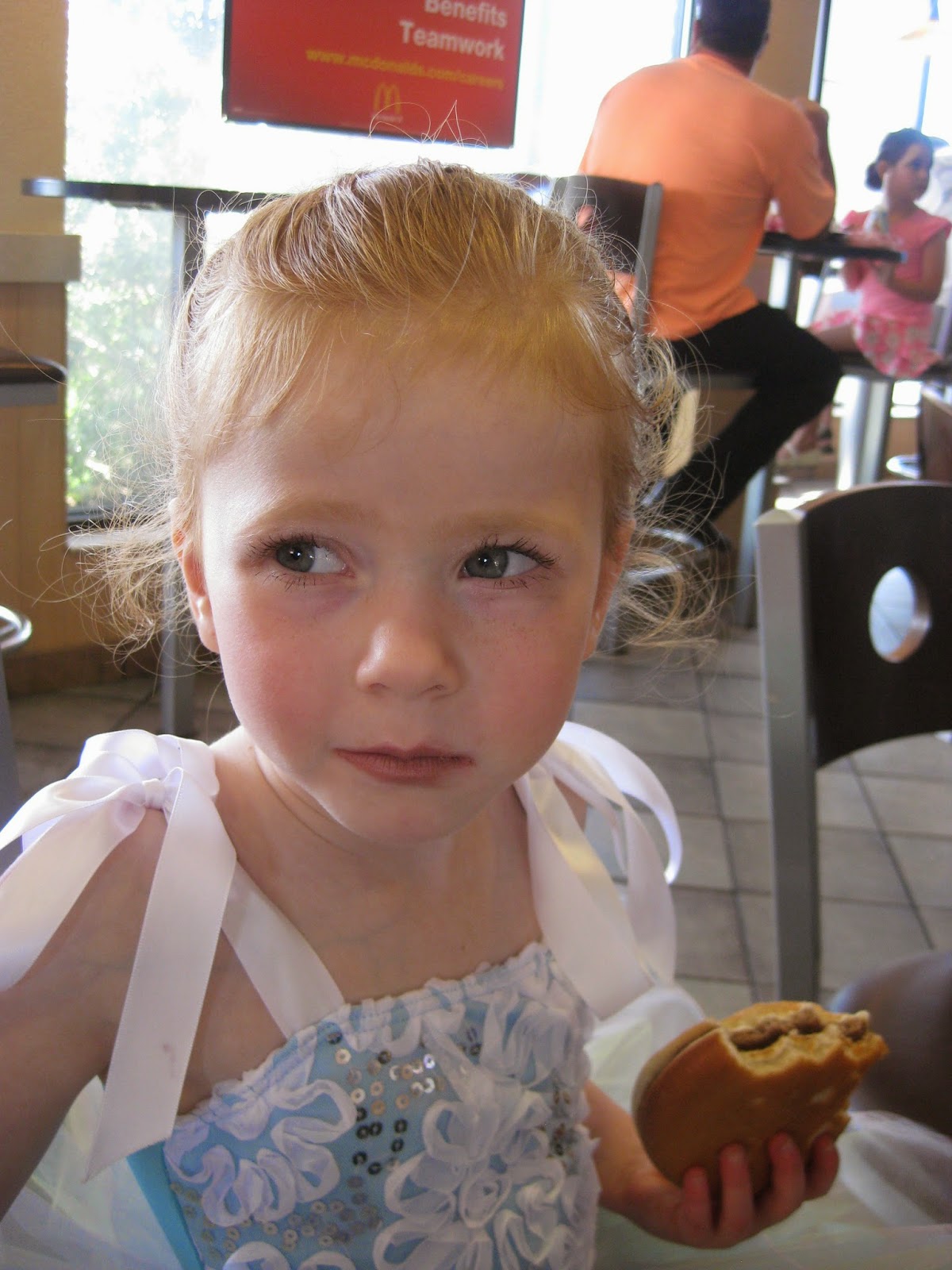 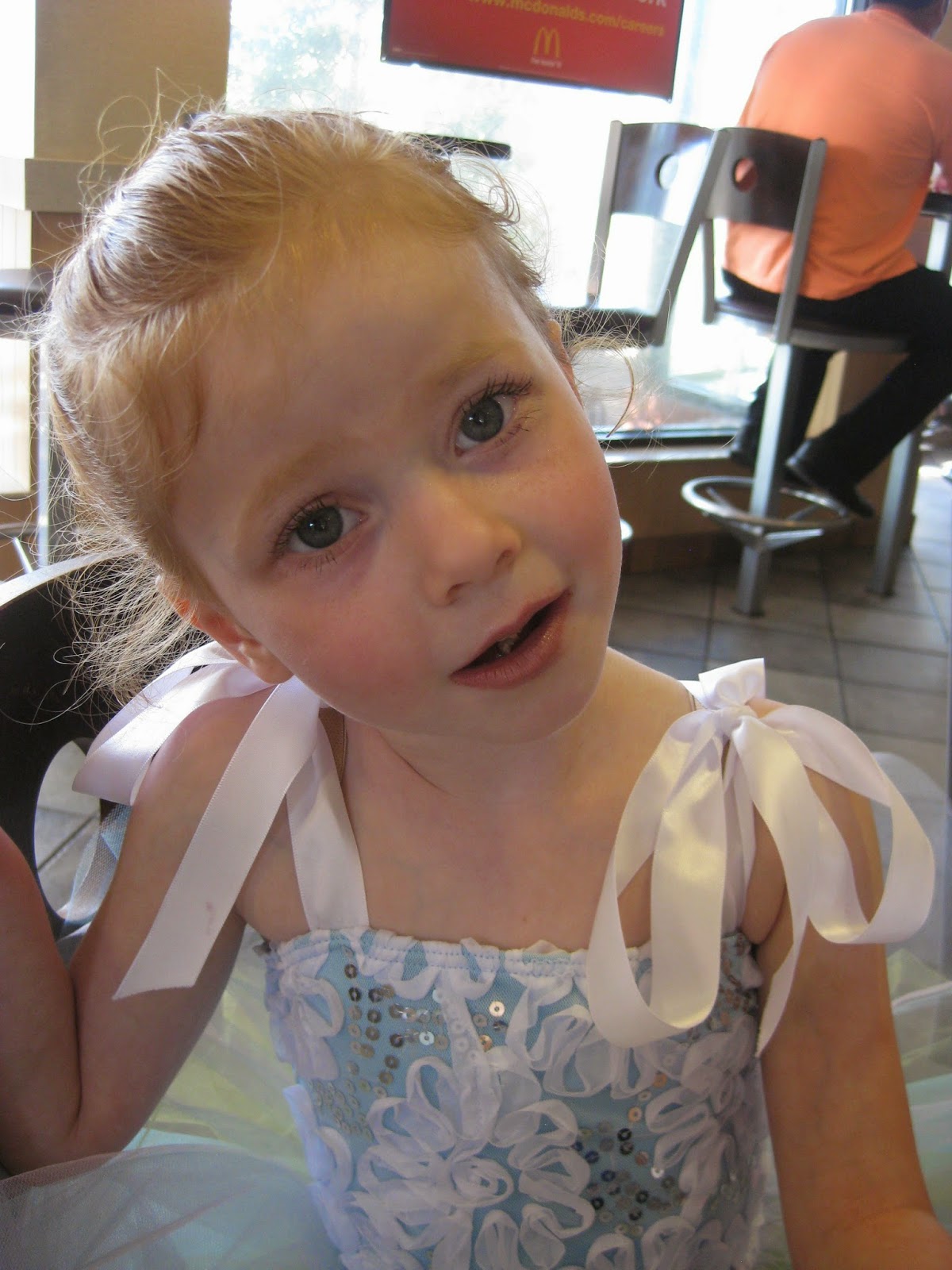 Posted by Jamie Carin and Claudio Romano at 9:08 PM

Oh my, that is a precious story. Sweet girl.

She is beyond Beautiful.
She does have Grace , and poise, and a talent to yet be displayed.
I am without words.
This lovely child can only have the most magical future.

SHe's so wonderful! SHe seemed very confidant and handled it all so well. It's a testimony to you and CLaudio, Jamie.