General Ben's Address to the Troops

So tomorrow our little boy turns 4 months and officially begins the second quarter of his first year. 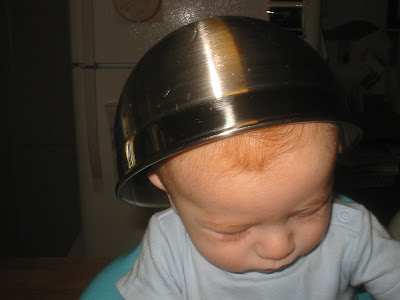 And with this momentus occassion Ben has met some great milestones... 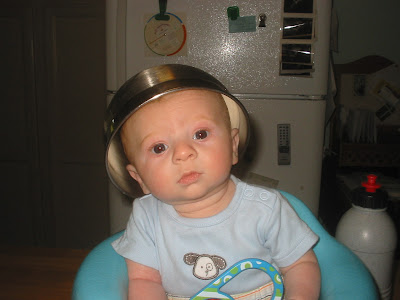 First, he now can grab and hold onto toys...as you see in the bottom of this picture one of his new rattles. 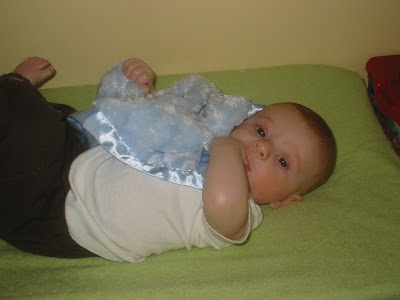 He snuggles things, puts his feet in his mouth, and has begun teething (hence the hands in the mouth) 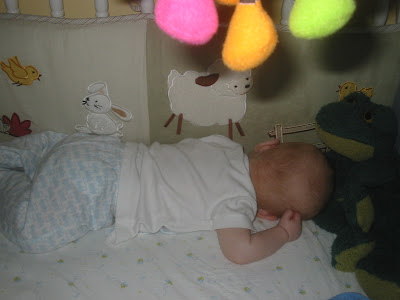 He is now capable of locomotion. The kid can't crawl obviously, but he definitely knows how to get around. The picture above is of him the other morning, still asleep. The thing is we put him to bed facing the opposite direction on the other side of the crib. He turned around and skootched all the way down the crib. And he always moves over against the bumper. We guess he prefers to feel tucked? We try not to worry since he seem to have no problem moving! 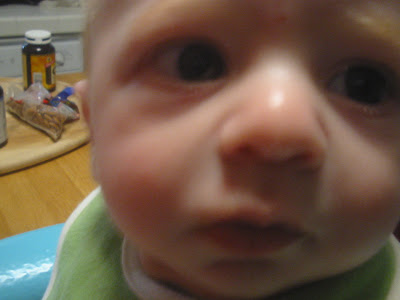 His cuteness has increased tenfold. ANNNDDD he can now turn over. Yesterday evening he turned from back to front and today he has been turning front to back and back to front over and over....The days of unsupervised play is over!
Posted by Jamie Carin and Claudio Romano at 7:17 PM

I just love these pics! Did he add the bowl to his head or was that your idea? My daughter was just looking over my shoulder and says, "They put bowls on his head, pants on his head...ever think of putting a hat on his head?" LOL, teenagers!

You made my day! I got a good laugh from these pictures (actually it was your commentary that made the pics funny!) - His cuteness didn't grow tenfold - it grew a gazzillion-fold! Wish him a happy 4-month birthday for me with a big, sufficating hug and a mushy big wet kiss!!