November 1st was the Feast of All Saints and at our church we have a big potluck party to celebrate. The children dress up as a saint and everyone has to guess who they are.

This year Benjamin was St. Maximilian Kolbe (pictured below). St. Maximilian died at Auschwitz where he was sent for hiding Jews and being a part of the Nazi resistance. He is considered a martyr because he offered to die in the place of a Jewish man who had a family.

Here is Ben in his costume. He drew the glasses on with eyeliner. I did a rather sloppy job here because it was just a trial and I wanted to be sure he would even let me do this without flipping out. 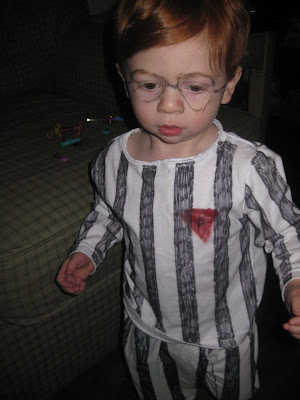 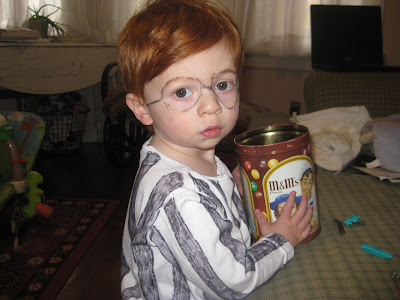 Thank you especially to Linda who helped us make this costume. We actually drew the black stripes on with markers LOL...not a fun project really. But his costume was a big hit for sure and people thought it was pretty creative. 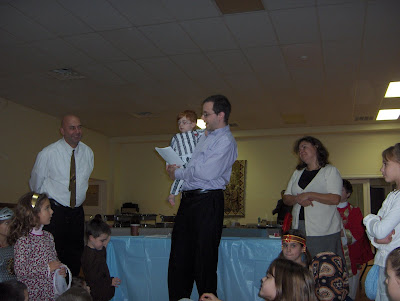 Overall it was a lovely day learning and honoring the saints!
Posted by Jamie Carin and Claudio Romano at 8:23 PM